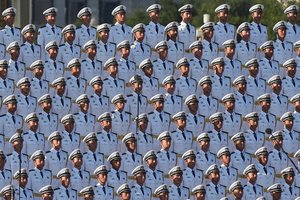 This week in the PEN Poetry Series, PEN America features a poem by Kim Yi-deum, translated from the Korean by Jiyoon Lee, Don Mee Choi, and Johannes Göransson.

I heard that the lion, which escaped as far as Lake JinYang, mauled a boy in a pair of shorts. This happened when we went for a picnic at the booger-sized zoo. The middle-aged men took me into the forest and took turns wagging their tongues at me, but I couldn’t see the snake tattoos on their backs. I just saw their faces. What kind of person will you grow up to be, tut tut. I was mopping my body when the dam crumbled and the flood swept away the roof of the orphanage. Twins and triplets, the giggling babies kept spilling out. We’re family if we’re all living under one facility. There’s a lizard coming out of Grampa’s mouth.

I thought that was a little cheap of him. I knew the guy was rolling in the dough. Well, that’s okay. Some sisters I knew gathered at Grampa’s building. Before they could yelp they turned into lions, snakes, water and fire. August, then September, and by June, December, or November at the latest, be done with your textbooks. As long as you know how to make correct change, that’s good enough. I memorize the books at a frightening speed, and, looking like Olivia Hussey, I sing, What is you?

I’m so amazing that Grampa gets all happy and puerile, This isn’t your first time is it? Then he yells, Shut the fuck up! You want to grow up to be a loser? That’s why you shouldn’t talk about family matters to anyone outside. After everything I’ve done for you, and all you do is get busted by the cops. Covering Grampa’s mouth, I turn into a snake, something easier than a lion, water, or fire. In the magic book, there’s no instruction on how to become a vampire. Angels merely say, Praise life. Do not fear. Do not be dismayed. With a toy plane in my hands, I talk gibberish, something about flame arrows. And I’m wearing a shitty uniform not even cops will touch.