How Not to Draw Guns

In this week’s special edition of Illustrated PEN, Guest Editor Meg Lemke presents “Lines Drawn”—a series of illustrations, by parents and teachers, on caring for children in an era of continued school shootings. View the full series and Lemke’s introduction here, and learn more about the young activists against gun violence who will receive this year’s PEN/Toni and James C. Goodale Freedom of Expression Courage Award here. 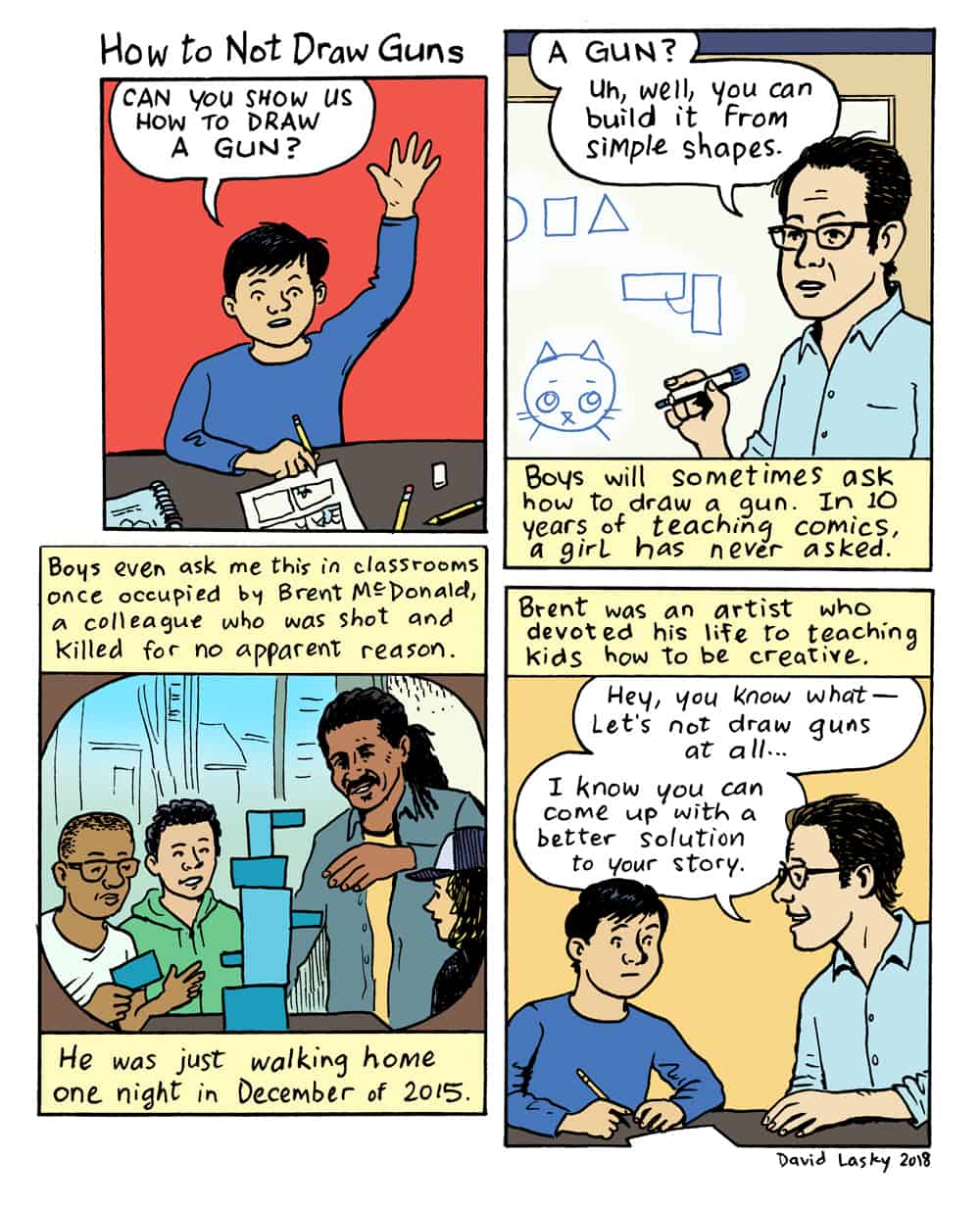 Seattle artist David Lasky co-authored the graphic novel Carter Family: Don’t Forget This Song, which won comics’ Eisner Award in 2013. His work has appeared in numerous anthologies, including Kramers Ergot and Best American Comics. He is the colorist of the Newbery Honor Book El Deafo. David has also been a graphic novel instructor at a wide variety of venues.

Today on #thePENpod, we're launching a new weekly segment called Tough Questions, where we put your questions about free expression and the pandemic to our CEO @SuzanneNossel. LISTEN 🎧: https://bit.ly/2UDn9Mc.