Lemke writes: Hostage is the story of Christophe André, as reported to “one of the greatest modern cartoonists,” Guy Delisle (The Guardian). André was an administrator with Médecins Sans Frontières when he was taken hostage and held in Chechnya. The book’s primary scene is repeated panel to panel, days to months: Christophe, handcuffed to a radiator in a small dark space. One man, in a room, with his thoughts, fears, and hope. From there, we are taken on an incredible journey. The comic’s panels frame the space of his captivity, while the form gives endless creative life to his dreams as he keeps the tedium from driving him mad. I have long loved Delisle’s work, and I cannot enough recommend reading this powerful new book. 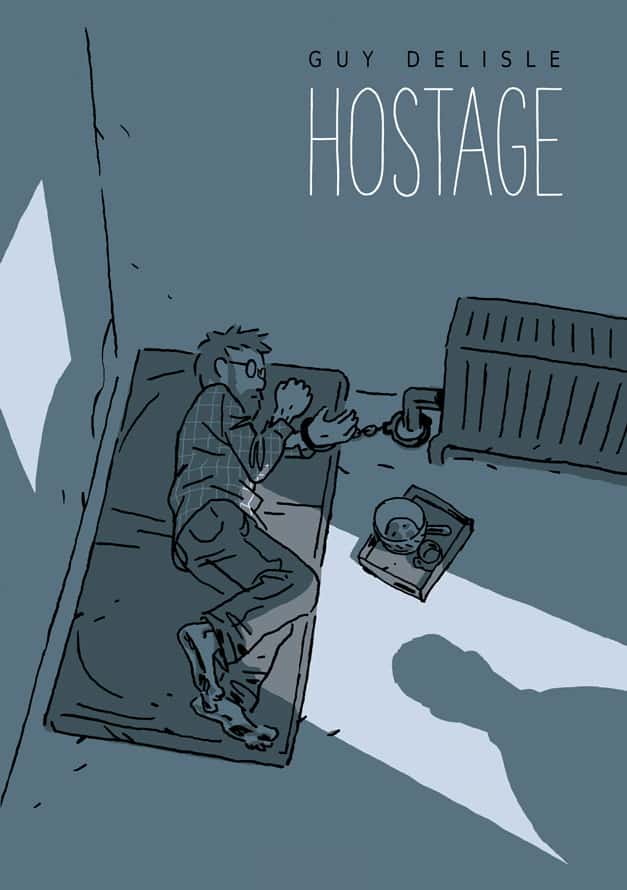 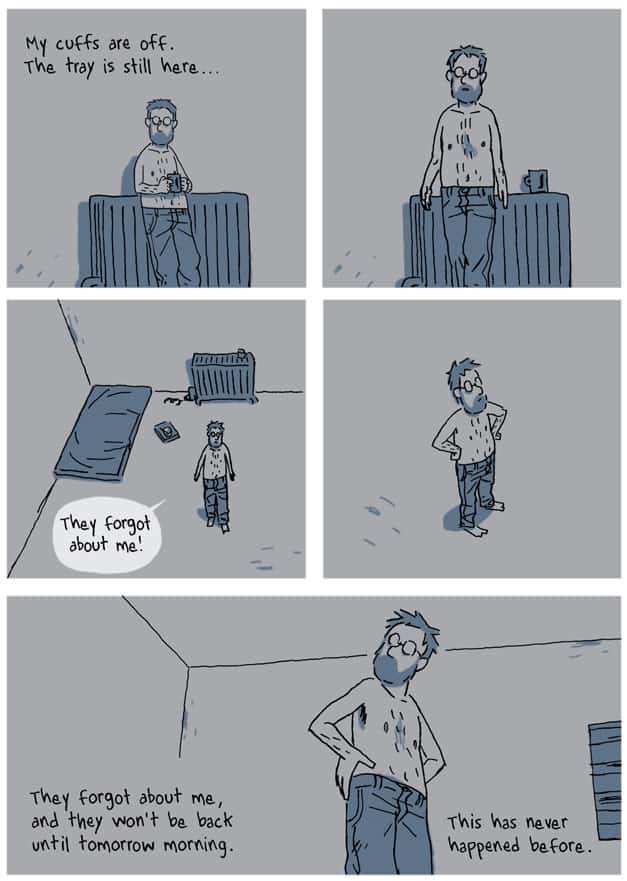 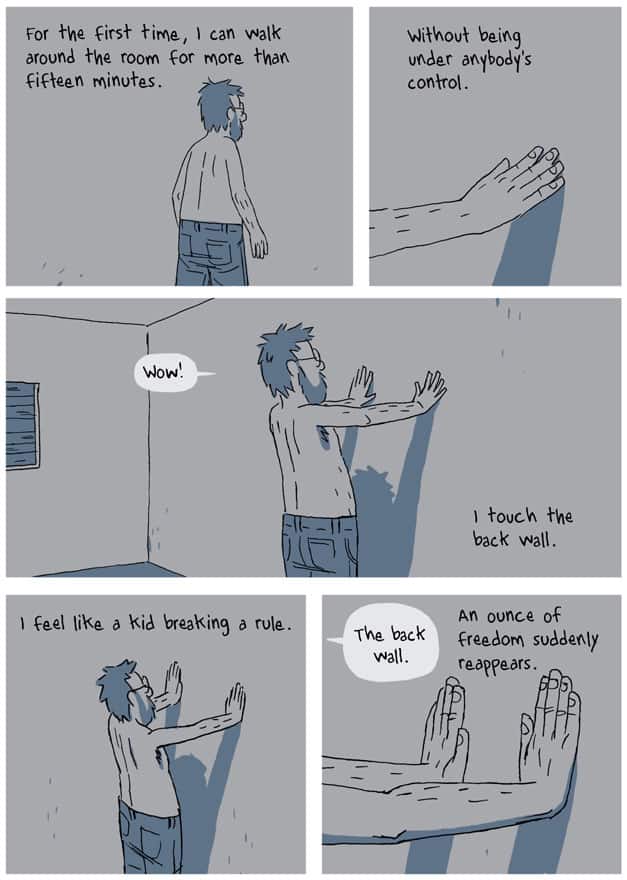 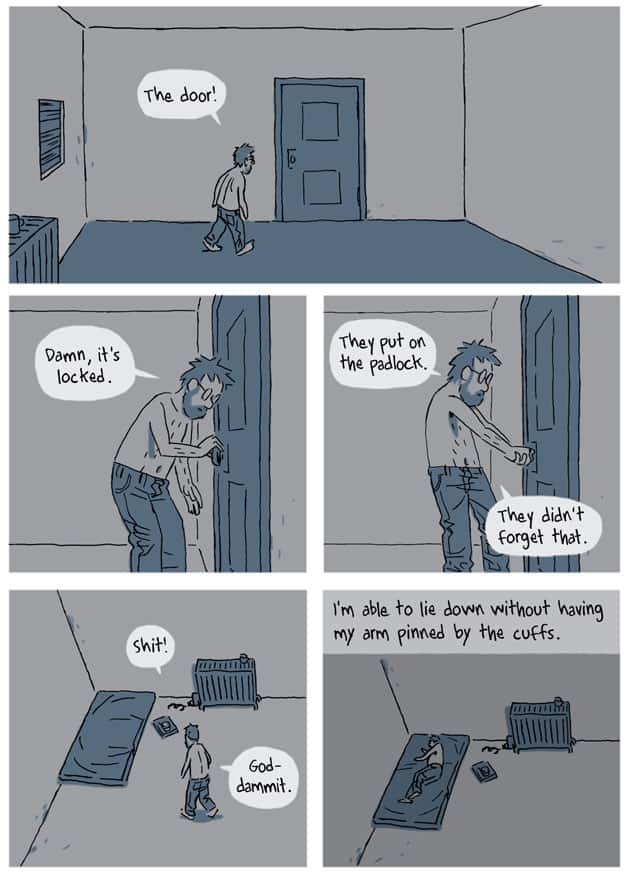 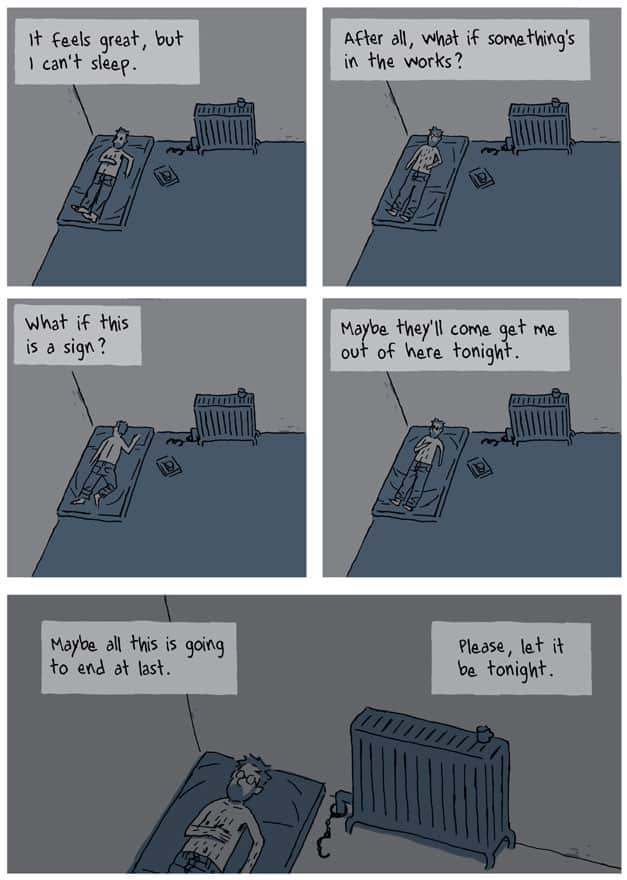 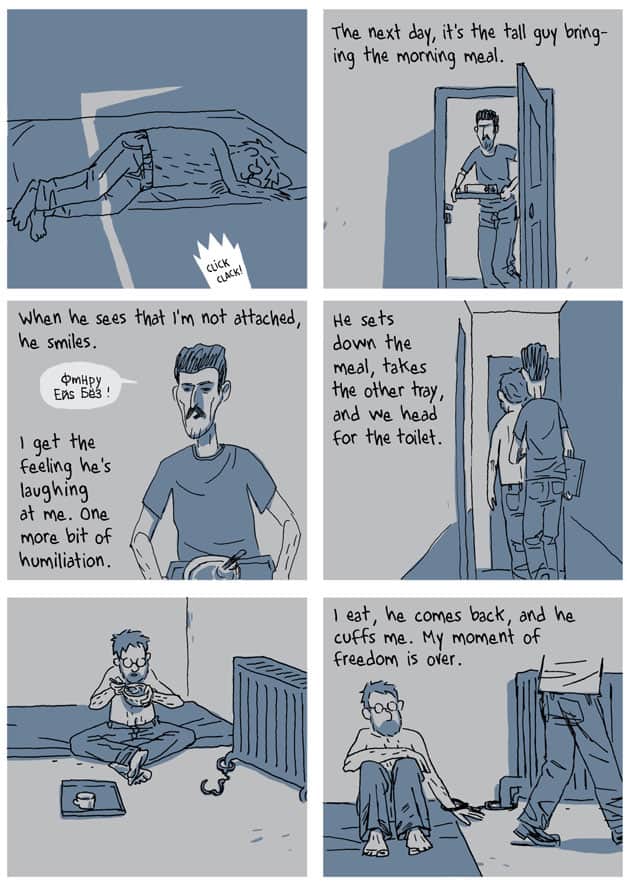 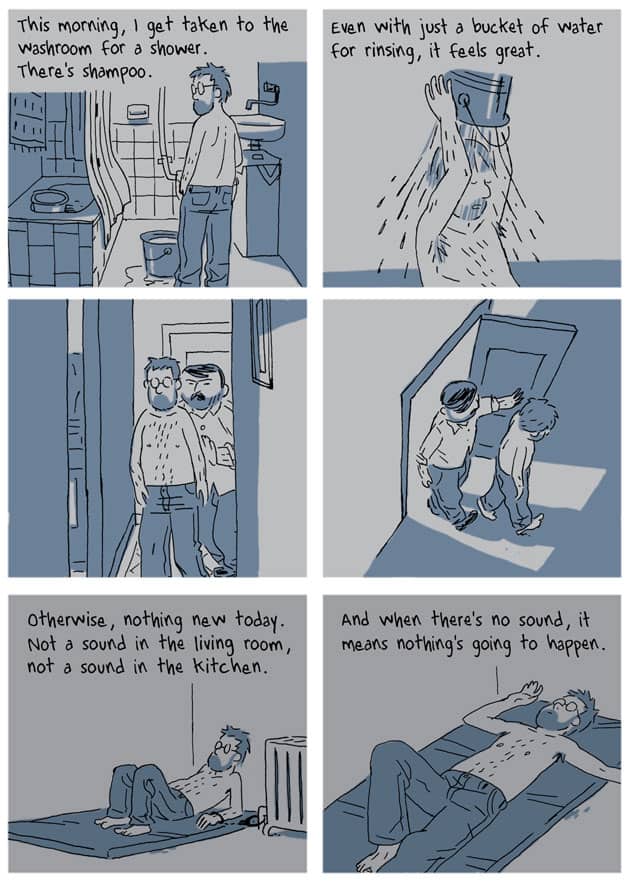 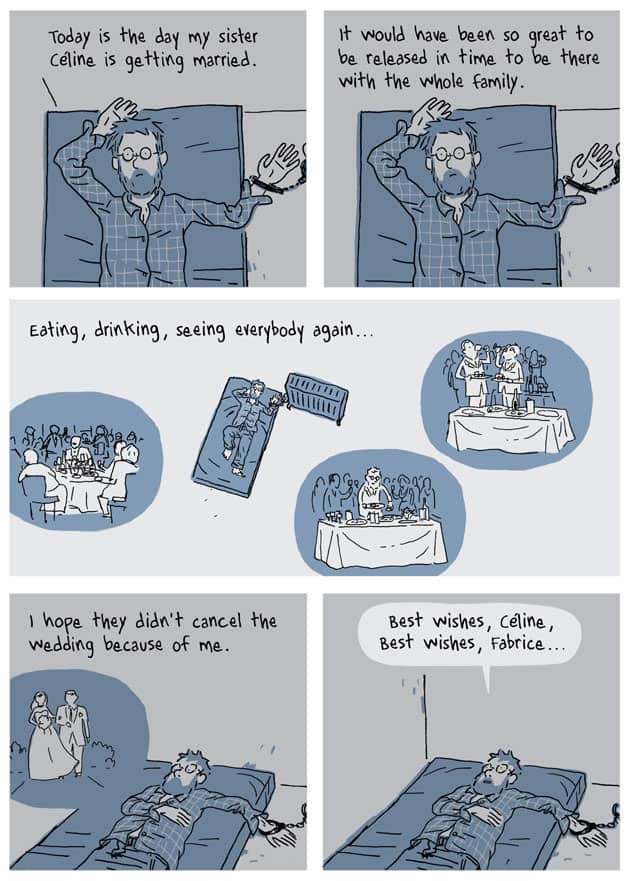 Born in Québec City, Canada, in 1966, Guy Delisle now lives in the south of France with his wife and two children. Delisle spent 10 years working in animation, which allowed him to learn about movement and drawing. He is best known for his travelogues about life in faraway countries, Burma Chronicles, Jerusalem: Chronicles from the Holy City, Pyongyang, and Shenzhen. Delisle decided then to work on the adaptation of the true story of Christophe André, who was taken hostage in Caucasus in 1997. This new book, Hostage, was released by Drawn and Quarterly. In 2012, Guy Delisle was awarded the Prize for Best Album for the French edition of Jerusalem at the Angoulême International Comics Festival.