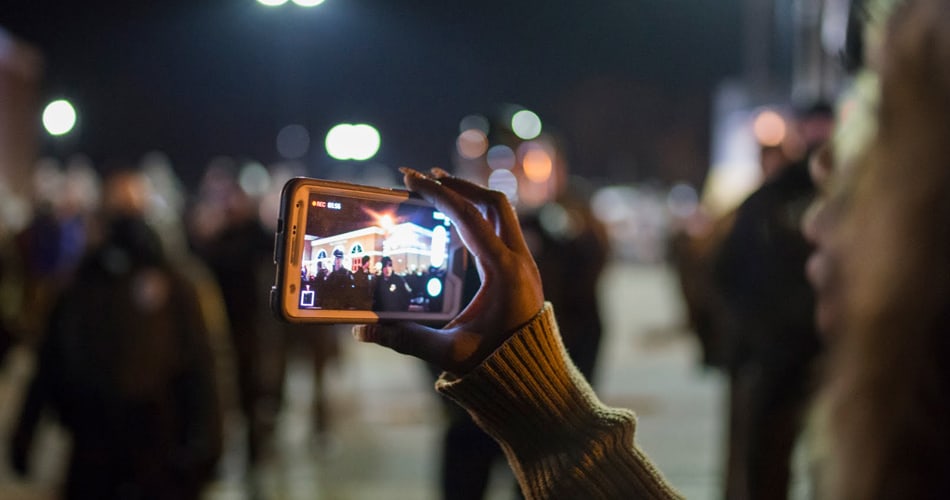 Harassed and Detained for Filming the Police

Since the killing by police of Michael Brown in Ferguson nearly two years ago, protesters, witnesses, and victims of police brutality have increasingly taken to their phones to monitor and record police behavior, posting their videos on social media to shed light on the official narrative of events.

Several individuals who have documented and publicized police violence against people of color have since alleged police harassment and retaliation.

The First Amendment protects all individuals from being punished for recording or disseminating information related to government misconduct. Police must be trained on the First Amendment right to record, and that right must be guaranteed to all.

Please, stand with PEN America, People Demanding Action, and the ACLU in calling on the U.S. Department of Justice to investigate this troubling trend of police retaliation against citizen journalists and enforce its policies on First Amendment rights.

Since the deadly shooting of Michael Brown in Ferguson, Missouri, protesters, witnesses, and victims of police brutality have taken to their phones to monitor and record police behavior, posting their videos on social media to shed light on the “official” account of events. In many of these incidents, the individuals documenting the events later alleged that police had harassed them in retaliation.

We call on the U.S. Department of Justice to investigate these cases and enforce DOJ guidance on First Amendment rights to prevent police harassment and retaliation, and to train police officers on the right of individuals to document police engaged in their duties.

Read more about allegations of retaliation against individuals who record police misconduct. »

If you have opted into the email lists of ACLU and People Demanding Action, please consult their respective websites for information about how they use personal data.