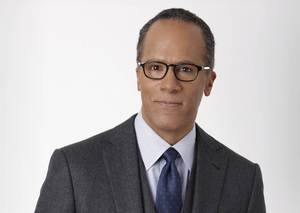 A growing campaign under the banner “First Debate Democracy” is calling on presidential debate moderator Lester Holt of NBC to require presidential candidates Hillary Clinton and Donald Trump to talk about how they plan to make our democracy work for all Americans at the very first debate.

The campaign consists of a coalition of over 30 organizations committed to democracy issues and representing millions of Americans nationwide.

“While there are a number of critical policy differences between the candidates, there is one subject so fundamental to our future—so essential to our national identity—that its inclusion in this debate must be guaranteed. The candidates must first debate democracy itself,” said Morris Pearl, Chair of the Patriotic Millionaires, in an open letter to Lester Holt that kicked off the First Debate Democracy campaign. “Power—more specifically, the distribution of power—in this country affects every aspect of American life from trade deals to criminal justice from water quality to access to medical treatment.”

Groups, including money-in-politics, press freedom,  and voting reform groups, are circulating petitions that will be delivered directly to Lester Holt urging he ask the candidates about democracy issues such as money in politics, voting rights, and filling the Supreme Court vacancy.

Here are more organizations on why the presidential candidates must First Debate Democracy:

“With free speech and press freedom issues in the crossfire in the political campaigns, on campus, and online, in the first debate the candidates should be talking about what they will do to uphold and protect the First Amendment, allowing the media to do its job and making sure that the marketplace of ideas remains open to all.”
— Suzanne Nossel, Executive Director of PEN American Center

“It’s evident this election cycle that Americans are fed up with a democracy that isn’t working for them. At a time in which many Americans are losing faith in our government and public trust in politicians is at record lows, it’s critical that Lester Holt give voters a chance to hear from our presidential candidates about their take on our democracy and how they plan to restore people’s faith in the system. After all, if they want a chance at accomplishing their top priorities when in office, they’ll need to first fix our democracy and the gridlock that pervades Washington, D.C.”
— Rahna Epting, Chief of Staff of Every Voice

“A working democracy is the key to progress on all other issues. Unless we have a fully-functioning Supreme Court, voting protections that allow everyone to cast a ballot, and a political system that’s not tilted towards wealthy special interests, it will be next to impossible to tackle challenges ranging from climate change to the stagnant minimum wage. It’s no wonder that polls show democracy issues are at the top of Americans’ minds in 2016. In the first debate, voters deserve to see how each of the candidates plan to address the problems undermining our democratic system.”
— Marge Baker, Executive Vice President of People For the American Way

“Americans overwhelmingly agree on a wide range of issues. They want policies to make the economy more fair and hold corporate executives accountable. They want stronger environmental and consumer protections. They want Social Security expanded and corporations to pay their fair share of taxes. But our government is not responding. That’s why it’s so important that the presidential candidates be challenged in the first debate to put forward their solutions to a broken democracy that enables corporate interests to block movement on the American agenda.”
— Robert Weissman, President of Public Citizen

“A central question facing the nation today is whether America will live up to its promise of democracy and political equality for all. We urge Lester Holt of NBC News, as the moderator of this year’s first presidential debate, to ensure that the candidates debate first the health of our democracy and what they will do to preserve our common vision of self-government: of, by, and for the people.”
— John Bonifaz, Co-Founder and President of Free Speech For People

“Voters know the problem – our democracy is out of balance – and they are ready to embrace bold solutions. Candidates must tell voters how they will create a 21st Century democracy that works for all of us. Polls indicate voters don’t trust candidates’ plans on any issue unless they address democracy reform first. Americans want to know how can we work together, across party lines, to ensure democracy of, by, and for the people survives the Citizens United era.”
— Karen Hobert Flynn, President of Common Cause

“Common sense campaign finance reform is essential to preserving the principles of democracy that have made America great. The people, not the highest bidder should be the decision maker. That’s why we are joining the demand that the presidential candidates first debate democracy itself. Candidates must demonstrate that their decisions are not based on money, but instead on what is best for the people they aspire to represent.”
— John Pudner, Executive Director of Take Back Our Republic

“We’ll never break the death-grip that Big Oil, Big Banks, Big Pharma, and Weapons companies have on America if we don’t first debate Democracy.”
— John Sellers, Founder of Other98, an anti-corporate netroots group

“Our republic is at a point of crisis. The donor class is drowning out the will of the people, and politicians are limiting the franchise so they can choose their voters instead of the other way around. This great nation deserves a great system of governance where everyone has an equal say and an equal chance.”
–Heather McGhee, President of Demos

“With one vacancy already on the Supreme Court and three justices who will be in their eighties in the next presidential term, the person who is elected President of the United States this year will have a nearly unprecedented opportunity to shape the Court for decades to come. It is essential that we hear the candidates’ views on the role of the Court in our democracy, and the qualities they would look for in nominees to the Court.”
— Nan Aron, President of Alliance for Justice

“The deterioration of our democracy is arguably the most important issue we face as a nation, and Americans on the left and the right deserve to hear what the candidates have to say about fixing our broken political system. Conservatives, progressives, and everyone in between agree it’s time to pass laws that stop political corruption – now it’s up to our future leaders to lay out their plans for reform during the presidential debate.”
— Josh Silver, Executive Director of Represent.Us

“When Hillary Clinton and Donald Trump first appear on stage together, the candidates should be forced to address the one thing that unites public opinion and that they both seem to agree on: we need to limit the control well-financed special interests’ have over politics and policy making. Every poll conducted on the role of money in politics in recent years demonstrates near-universal agreement about severity of the problem, and about the need for bold solutions.”
— Nick Penniman, Executive Director of Issue One

“Americans aren’t just angry that we don’t know who is buying our politicians, we’re angry that our politicians are being bought, period. Before we talk about anything, we have to know what the candidates plan to do to preserve our democracy. We hope Lester Holt will ask the candidates how they will end the corrupting influence of money in politics.”
— Olivia Zink, NH Rebellion

“The vast majority of Americans of both political parties understand that money in politics biases our democracy in favor of the wealthy and powerful. The candidates must first debate democracy because the effects of money in politics deeply distort the debate on every other issue.”
— Max Stahl, Director of Political Engagement at Democracy Matters