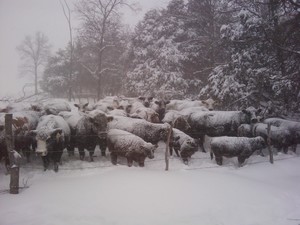 This week in the PEN Poetry Series, PEN America features an excerpt from a poem by Jackqueline Frost.

The après-midi of our brotherhood is effortless. How did you put it before? This
becoming’s like confetti cutting. Weren’t we celebratory and vicious? At times vicious
and blithe? Weren’t we reckless and massive? I was sure we were brothers when we
rang with certain grief and were sisters when it seemed the source of it was from our
insides. We were sisters when any fortune for us precipitated scorn. We were brothers
when we earned and sisters obscenely seeking after.

We spoke quietly in the grove that we had little time and so must give testimony, and you said do not forgive, truly, you cannot forgive in the name of those betrayed here, and even our names fastened together by vulgarity and fable, even you cannot forgive in my name— even when they called out Jackqueline, twice or four times.

This meritocracy keeps me in the attention of
great trusts, since as hierophants, they believe in
a kingdom without limit.
So each day I go with the others
to the dark boundary of the good.

There was an incubation. After the storm, I strayed—grace favored over decay—but those dreams of drowning blue lipped in the flooded street, on Dauphine, or Saint-Philippe. I was always with a grip of dykes in the sub tropic wetting of night. That was Ursuline, where the nuns lived. I was a tatter in a boat. Please, not now, I’m building a prayer to live in, against this white portability. To be something more than a gamine in exile identified with platonic concepts, predicated on mistaken blessedness. Something indecent about this story of Young Americans set to burning in a field of sleeping cows. We cradled shotguns near the dredging, as light fails to be tense, and unconfessing. We engage with the reality it produces in order to name—

Évangéline, a parish of, given as what we mean to say in the proletarian night, although often only a sigh. As for what we split, gamble and suffer by crease of lip. No made-up country to be loosed unto, and in the way she wanders, things are hotly folded, hero hearted. Even in white surrenders they do not covet me, or take and return me. All tracks back as scrap for the war, but would sell for locomotion some tender things to the crippled machinist. So from wing to reddening, where Muriel wanders toward a louder love, as I toward and offer mercy sung like something sleeping stung and swell as with and am as if asundering—

And by caught in the longer legs of someone’s catholic daughter I mean I loved her, or rather latin water, to and in tall grasses, in the dark field lit by cattle belly, and so went soundly soundless as all my losses were mostly terrestrial. Might wait for words to say what of your brother’s body is left—

But the cane goes, with or without the fragile world of changing loves. What we live among. The bagasse: blue ribbon, purple. The ornamentals, a vague series. What there is only image for. What though lying you swore you need not prove. To anyone.

Who came forward / over the electric fences / our pockets full of claws collected / withered by plagues of heat / moving on despite the weight / gone into the forest Hysterically Dark /and how everything over the course of that Season seemed to be reducible to the disinclination surrounding angels / how the angels all erupted tumbling into the garden, a great avalanche of angels, and how soberly I explained that it was not me who was had brought them around / I don’t keep dead motherfucking angels around; I had never been decent or simple or good ever / and since my girlhood passed for Boyhood / only in the haze of methane fire / and under many leeches / in ignorance / already reconciled to the problems of a body / but not any body / I had only one task and it all seemed plausible even then to tell the truth about my Life / and not being decent or simple or good / and caring rather under the oranges under the tangerine blood on the hedges / briar blood / I hadn’t brought through any / the other girls brought them / / and they knew / that being a girl was itself a Sentiment / and it meant either dragging around dead angels forever or telling /the truth about your Life

BREAKING NEWS:
The 2022 #NobelPrize in Literature is awarded to the French author Annie Ernaux “for the courage and clinical acuity with which she uncovers the roots, estrangements and collective restraints of personal memory.”

PEN OUT LOUD in #NYC!

Join us @strandbookstore on 10/25 at 7pm to celebrate the arrival of @jemelehill’s long-awaited memoir Uphill.

Jemele will be in conversation with #TheView co-host @sunny Hostin.