from What Is Not Missing Is Light 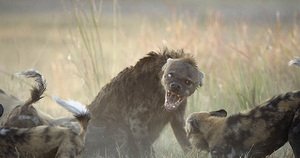 This week in the PEN Poetry Series, guest editor Heather Christle features an excerpt from What Is Not Missing Is Light by Bridgette Bates. About Bates’s work, Christle writes: “On the subject of statues in museums, poets are divided. In one gallery, Frank O’Hara proclaims to his beloved that ‘it is hard to believe when I’m with you that there can be anything as still / as solemn as unpleasantly definitive as statuary,’ while in an adjacent room Rainer Maria Rilke maintains his vehement belief in the power of Apollo’s archaic torso. In Bridgette Bates’ new collection, What Is Not Missing Is Light, statues provide occasions for the poet to explore the body, the museum, the war inside and out. Marble arms reach back into myths both ancient and more immediately personal, or—if the arms themselves are missing—the poet’s gaze grows haptic in their place. I won’t call Bates a docent. She is a fellow visitor to the museum, one who’s generously decided to share with us her graceful, intelligent notes.”

from What Is Not Missing Is Light

A cemetery
A sea
A museum

Places where the body floats free in a buried form.

In a hotel in Northern Italy, it is peacetime but fighter jets fly over at night rattling the picture frames above the beds. For a place that endures aftershocks, why do they persist in hanging glass where they sleep? Dogs howl with each boom.

First an army destroys a temple, the limbs of men and statues are demolished, their names disappear, the soldiers become a hero, then a number, then a statue is re-erected to pay homage to all the fallen, a parade drums by. Fireworks deafen our heads, if we have them.

As if a city could be illuminated and destroyed in the same instant.

As if a statue needs to be rescued from ruins to become historical.

As if we need to be survivors in order to be free.

Now that I am half-awake I can see what is missing from the statue:

Once there was a time when I was the most awake. I noted everything that happened and thought maybe I was an artist. But I was only a child and my mother came home, announced it was time for dinner, and I stopped my work to eat.

If she was stolen from her home, and conceived of materials stolen from the earth, and I stole myself from a mother, who nurtured me until I was of legal age to search for a new home, and when I arrived at the museum to steal time with the statue, because the statue of a muse doesn’t speak to me, I steal her words to make them what I want to hear, and when every museumgoer looks away, I steal a touch of her hip, and a security guard steals a look at a human with her muse, and because he too is an artist, he sketches this moment of spiritual enlightenment and stashes it in his portfolio, until some lost soul steals the guard’s belongings from his sleeping body on a train without comprehending that inspiration has no value on the black market, and this is the grandest theft come full circle, and if when we were children we had been offered the chance to return the stolen bubble gum we had chewed to the pharmacy, our first offense would be forgiven.

Regarding restitution: The Greek Ministry of Culture asked the British Museum to borrow the Parthenon’s art back so visitors to the Parthenon can have a more authentic experience.

Thousands of centimeters rush through our timelines marking the years between our births, our rises, our falls. Because the statue is destined to outlive me, I plan an escape to avoid my ending. I will sneak through the gate behind the museum, a secret pathway to the sister museum of science and technology where I visited an exhibit on space travel as a child.

I will leave this world behind so that my death never becomes her memory.

But I lose my nerve when I remember sketches of the astronauts’ withered lungs having returned to earth. A true story about travel: A neighborhood kid rode his bicycle in circles in the cul-de-sac. Hairless from chemo, he wrapped a red bandana around his head. Not old enough to leave my yard, I watched the flame of his head flash by. Click.