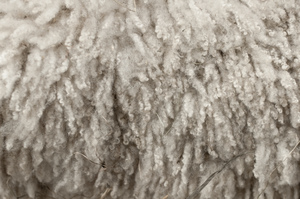 With the judgment of the priests in their amices and albs, their cinctures, stoles and chasubles,
The bishops in their mitres pointing to the sky,
The rabbis in yarmulkahs and tallits, tasseled and clipped,
The saints in their garments embroidered with compass and square,
The ayatollahs in their black turbans and white beards,
And all the rest of the clergy
Who every day are more sure of their faith
Who every day know more of the heresies
I practice and teach—

And with the consent of the elders and of all congregations
In the presence of the Bible, the Koran, the Talmud,
In their proliferate cathedrals and cloisters,
Mosques and minarets, synagogues and temples
Etcetera etcetera and with precepts
Written herein with the curse Elisha laid upon the children and with all the curses
Which are written in the law and not in the law—

I refuse the censer and breviary, the thurible and ciborium, the rosary and offertory,
I prefer my wine and bread unconsecrated, my soul unrepentant—

So that I may live as if I am already dead.

I gave away his clothes, keeping
only wool I could wear, a hand knit
sweater, natural grey cream—

February 27, his birthday, now gone a few weeks
and forever, like the battle of Hastings

after 1066 the circumflex appeared in
certain French words—trône, suprême, voûte—
an ornamental sign of grandeur

indicating not even absence

a thousand plus years later

will I see someone on the street wearing
the blue checked shirt
with rough weave & bone buttons?

signs are vacant seductions, it’s him I miss

in French a missing “s” can be marked with a circumflex

like the roof of a house in Ceyras, Languedoc:
constellations of crosses on doors
and beams scratched with the year

a thousand plus years ago

when animals lived below their owners
and village houses crowded together against
attack, within town walls now gone

in others blood takes a different route

the vowel, then, of a certain quality, and long

Why do salt and sugar combine in my mouth
when I think of kissing you?

Are the flight paths of birds
unseen wires crossing the sky?

How do I move under you, over you
next to you, seeking the trine, square and circle of union?

With what kind of eyes (through which windows)
did I watch you these years and then
over what threshold did I enter
the hollow in your spine, to rest there?

When did your chin become a ridge that I cling to?

Why do I wish together yolks and whites to make the color of butter?

Can you see the threat papered into
the poppies we so admire?

Seared and scarred this skin of mine—
whose fiery ghost?

What are the habits of happiness?

Is one of them my hand on an ant hill
absorbing the lemon scent of industry?

Another, one of my fingers
pressing like a knife in the center of your palm?

How can our souls be animated by coal and ash
by burnt remainders?

Do I have another charge on earth?

Who else sees these pine limbs downed by lightning
branches quaking in thunder
needles thick on the forest floor?

What was he thinking, he who cut
the last tree on Easter Island to make an altar?

Why does your throat utter
mock orange, become an apricot
highly perishable?

Can this last
longer than my own unfaithful memory?

Where was I in your time of peril

my heart an elephant in your darkness
partly murderous, a space unlit
and cold, so cold?

How is it that we talk
using the sound of wings through blue air?

How did this catechism

at the room of a sleeping child, a finger to the threshold

teeth drawn together
hissing softened by lips
echoed in the cave

as in sugar
which can be made from beets, cane, corn, maple, fruit, and milk

its sweetness rhymes with bees

cup gathering a drop of sound

dusty taste of the water

filmed skin after walking in the river

sound the residue of letters

language from its parents to build
a house of sticks overlooking the sea, letting waves
instruct me—air
rushing through my teeth
could have passed through the tailpipe of a bus

I want happiness without a hole in it, the heroine says,
and the reader knows she’s doomed to a life of rifts

some ideas are so deep you can live in them, deeper than the highest
mountains are high, subterranean stalactites forming
gypsum flowers like wallpaper

in such darkness the pale pink
olm, his degenerated eyes covered
by skin, can live to a hundred years of age

even Proteus, shepherd of the sea’s flocks, cannot
protect him from polluted groundwater
and his own rarity

and might, if things were different, be
a dragon in the ocean’s waving

fricative, or at least a snake with a crown

none poisonous in this quiet country

Double-you takes up space like a comb in a pocket or a tank rolling heavy on caterpillar treads. Human beings encased in iron, as in the 1991 photo of an Iraqi soldier erect in his tank burnt to black.  Contraband image, snuck past the censors, now something I can worry up more readily than my mother’s face.  Let the cockscomb be red. The Etruscans used hens for oracles and when they died, stroked their collarbones. The Romans started breaking them for wishes.  Widow: an incomplete line of type (unlucky break) carried over to the next page, usually avoided by rewriting. Write, from Latin, scrivus, to tear or scratch. Let the hen be clawed. Writhe, from Old English, to twist, as in agony. One added letter: a breath’s difference.