Kirby writes: It’s always a cause for celebration when we get a new collection of comics culled from John Porcellino’s long-running zine, King-Cat. His latest, From Lone Mountain (Drawn & Quarterly), is no exception. The book chronicles Porcellino’s life in the mid-aughts, a time filled with restlessness, road trips, and upheaval. Through it all, Porcellino observed and recorded, capturing all the signs and wonders of life that inspired him to keep going, despite much turmoil. The story below, Scott County Memories, drawn in Porcellino’s instantly recognizable, magically minimal style, recalls a mid-90s road trip that ended with a little epiphany. 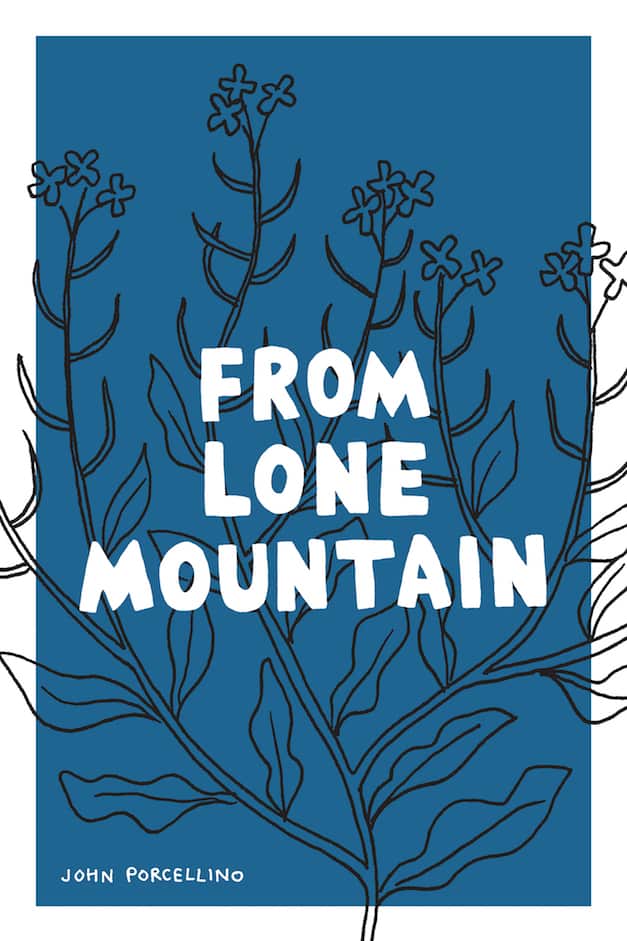 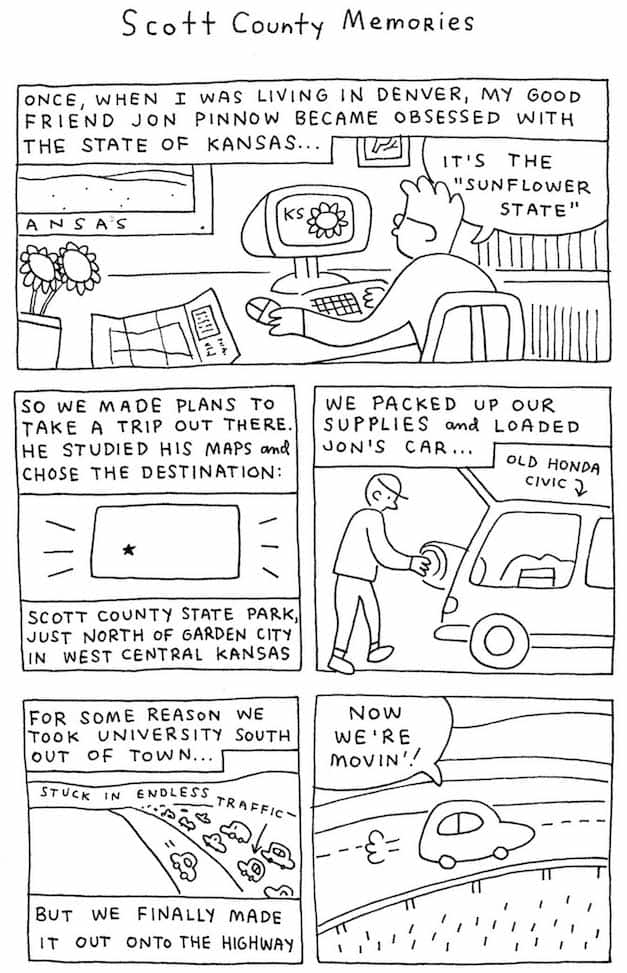 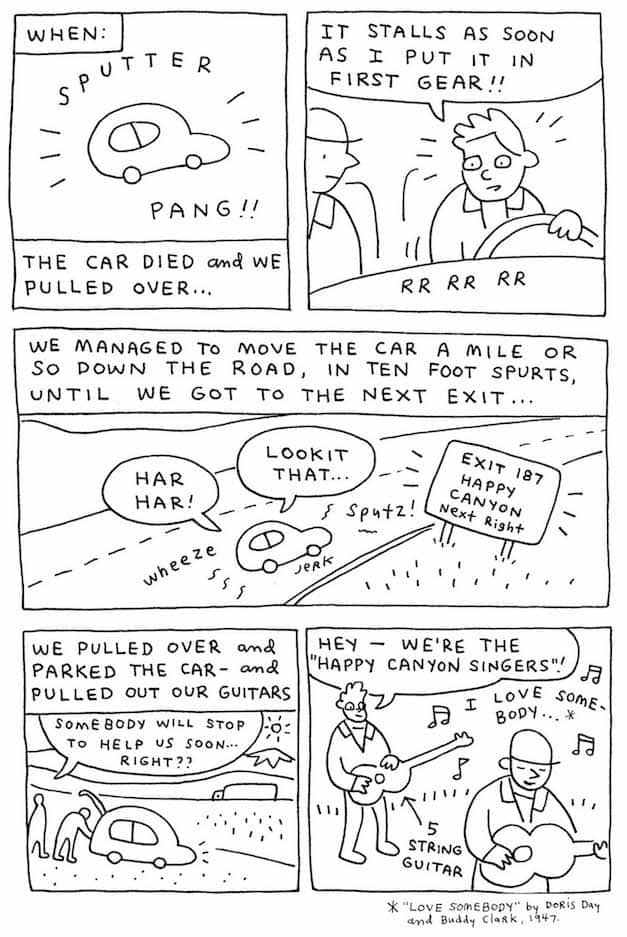 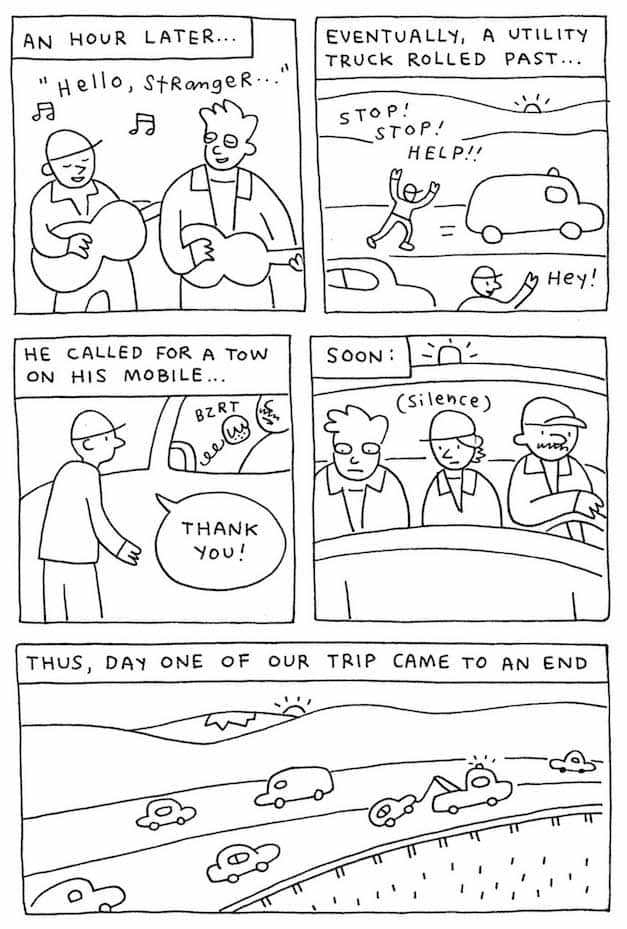 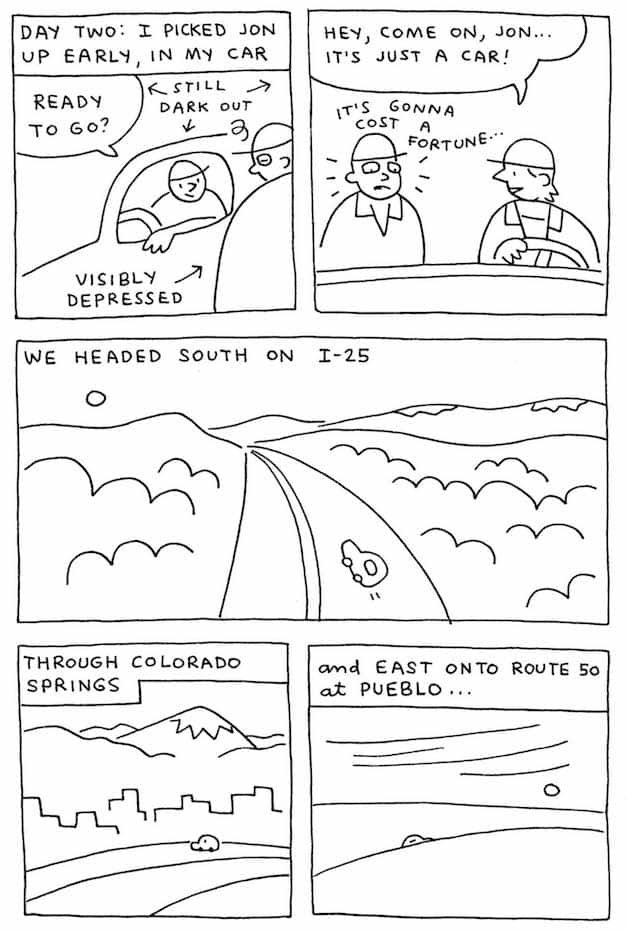 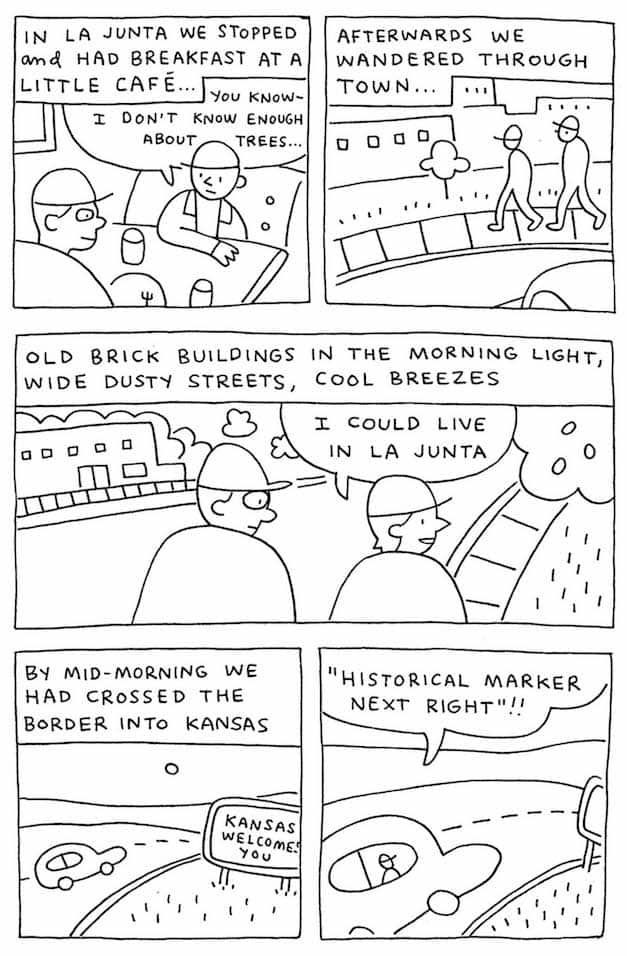 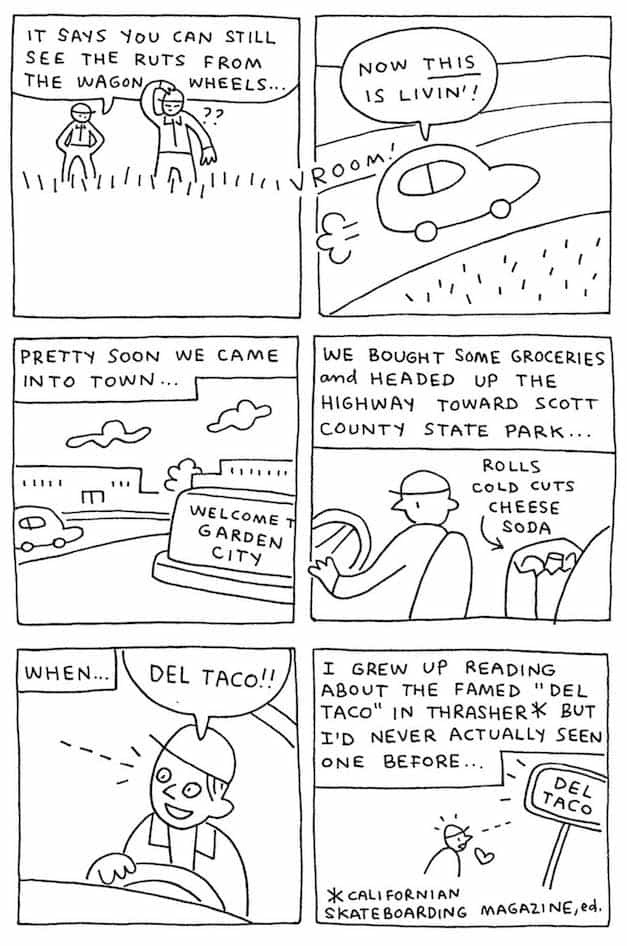 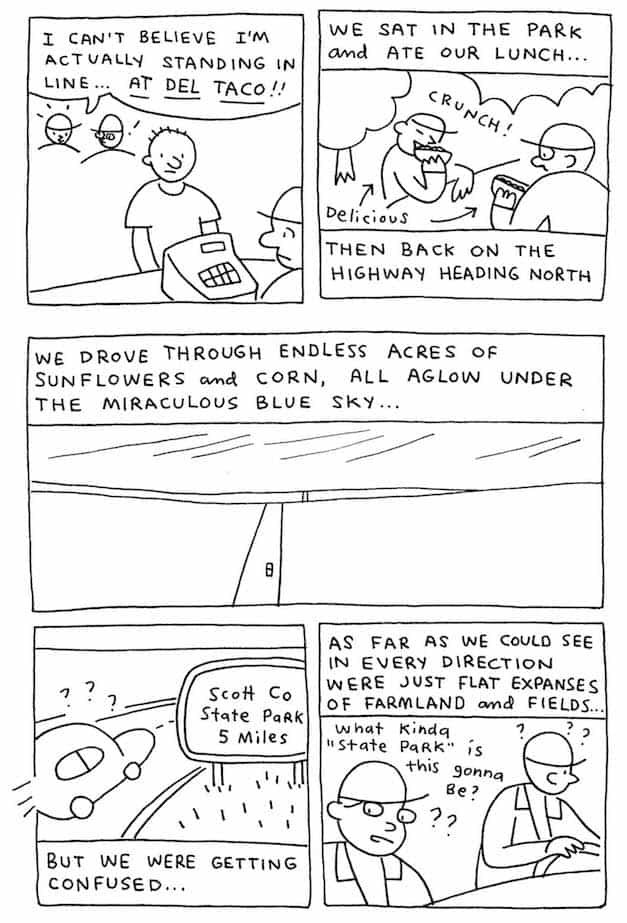 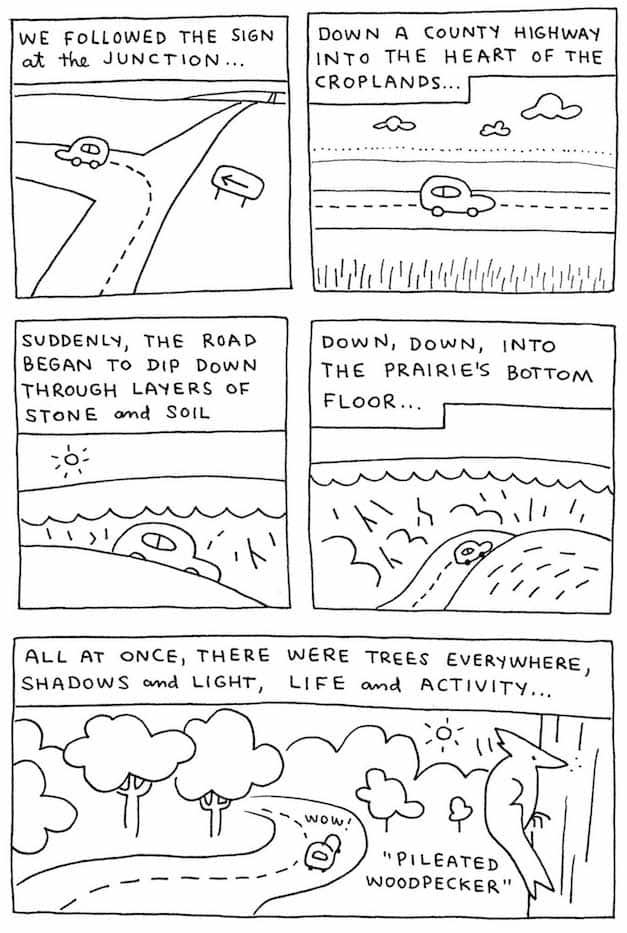 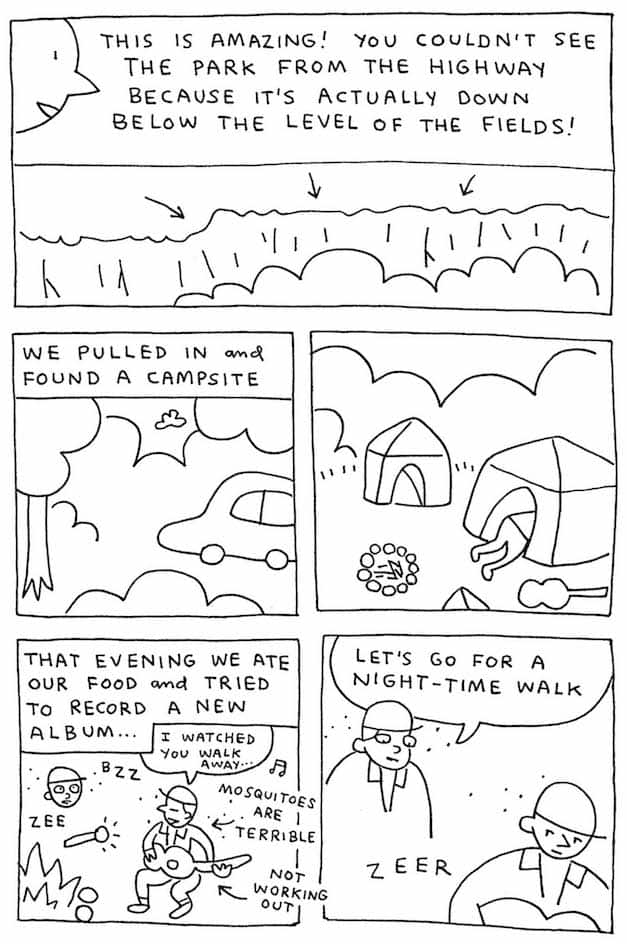 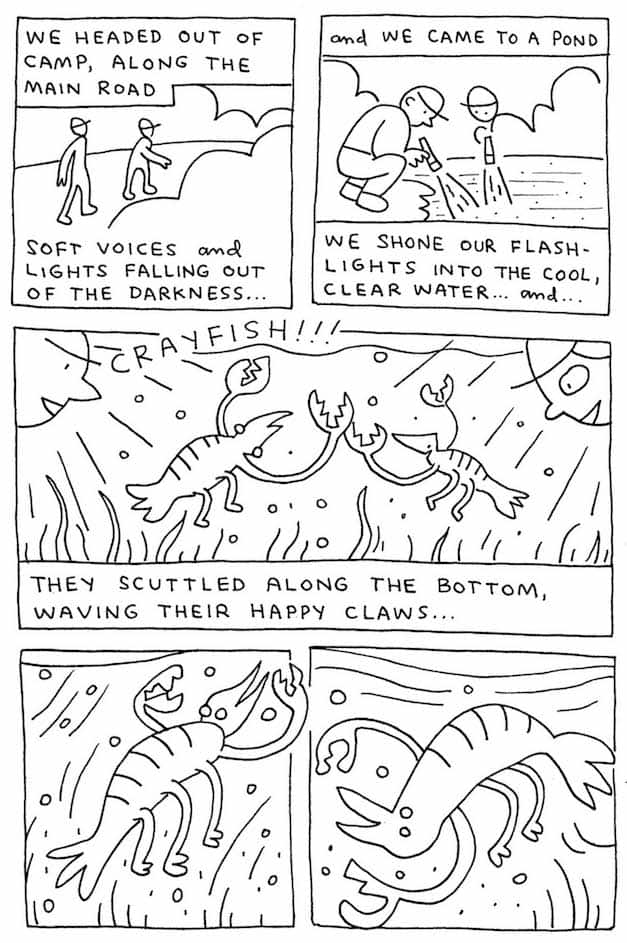 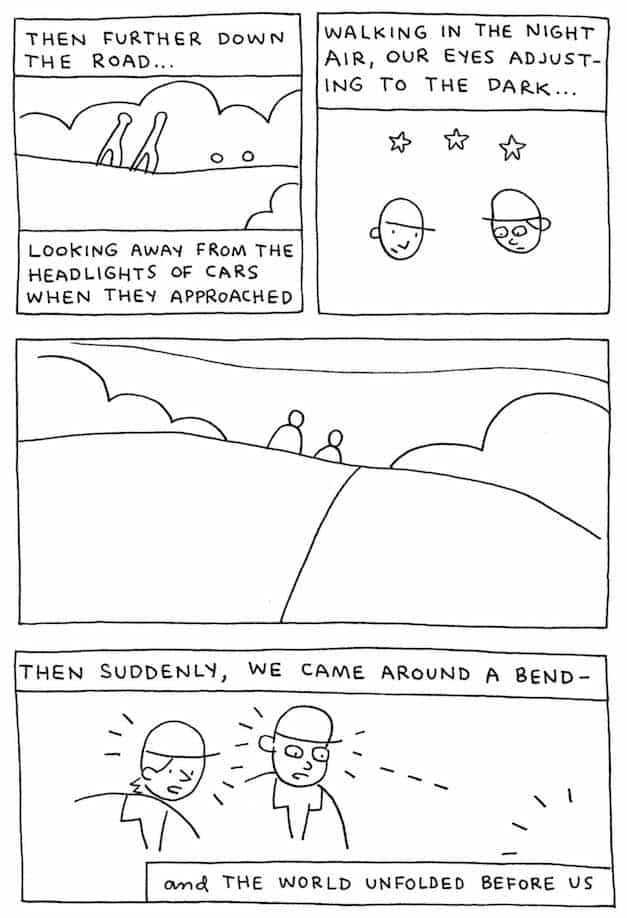 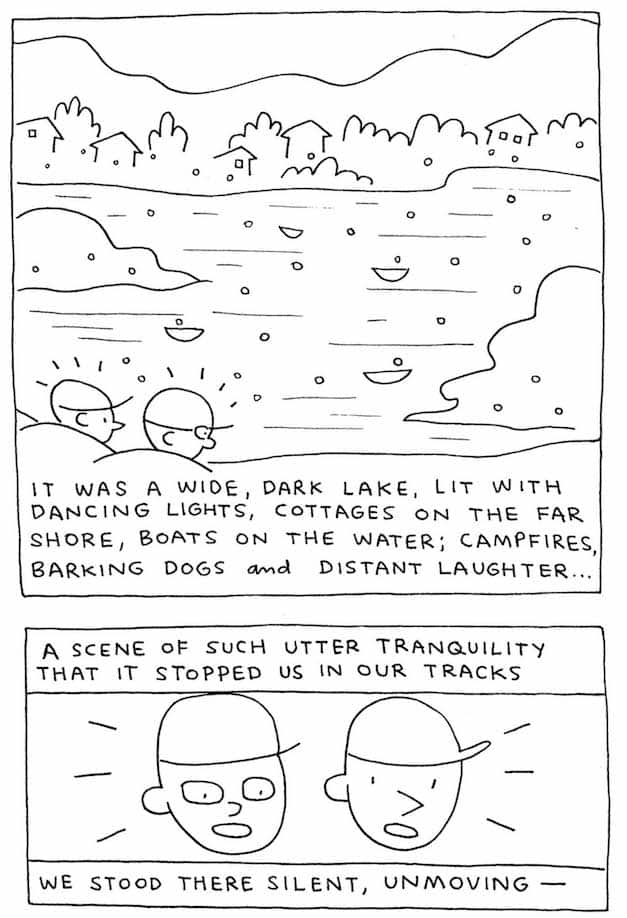 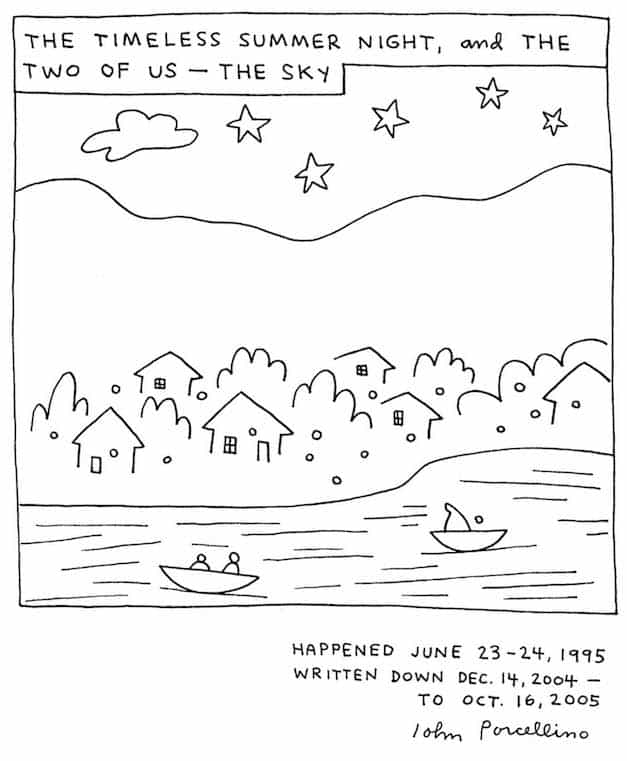 John Porcellino was born in Chicago in 1968. He wrote and photocopied his first zine in 1982 when he was 14. In 1989, Porcellino began writing his celebrated King-Cat minicomic series, which has been going strong for more that 25 years and winning acclaim from Time, Entertainment Weekly, USA Today, Punk Planet, and the Globe & Mail. His work in King-Cat has been translated into French, German, Italian, Spanish, and Swedish.

Porcellino is the author of Diary of a Mosquito Abatement Man, King-Cat Classix, Map of My Heart, Perfect Example, Thoreau at Walden, and The Hospital Suite. He lives in Beloit, Wisconsin, with his girlfriend and two cats and two dogs. He continues to produce new issues of King-Cat on a regular basis.

In Pieces: Someplace Which I Call Home