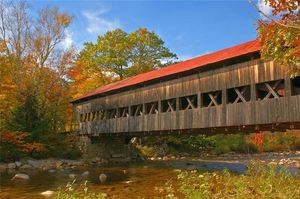 This week in the PEN Poetry Series, guest editor Heather Christle features an excerpt from Ashley Toliver’s chapbook Ideal Machine, orginally published by Poor Claudia. About Toliver’s work, Christle writes: “When I read these poems by Ashley Toliver I feel a constellation has suddenly come clear in the sky. At one corner Keats’ bright star shines stedfast over the poet’s sweet unrest. At another Zbignew Herbert commands us to ‘be vigilant’  ‘as long as blood turns in the breast your dark star.’ And at the third corner—the one that makes this constellation a shape, not merely a line, Toliver gives us her ‘hustle star / star in me.”‘Whether Toliver’s star gazes toward the tenderness and uncertainty of pregnancy, or to surgery’s strange erotic potential, it provides a fierce and dark center to her powerful, graceful lines, where, like Herbert warns us, ‘No one will console you.’ I don’t want to take away your experience of encountering Toliver’s closing in situ, so you should read the poems before going any further with this introduction. And now that you have, I will close with pointing out the way the ultimate lines of this particular constellation of poems make their own eerie tercet—Herbert, Keats, Toliver—shining in darkly rhymed light. ‘Be faithful Go / And so live ever—or else swoon to death / death is the last road to awe I know.'”

the intersection a line
drawing back to intervene

the hand that lifts
to clavicle     one note pulled to crater

they can sing or forget
to sing

handful of grey carnations     you appeared
analogous in frame

dull pearls     you began to speak by blossoming

in an instant I become cinematic

my trigger finger
gives silk to the knot and he grows

singing through my brain       my face

scissor to flower to bone

heavy hive with
the wrong birds inside

people fall in
and out of love all the time

These poems first appeared in Ideal Machine, published by Poor Claudia in 2014.