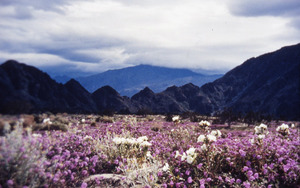 Now hear of what passed outside the city walls. At the death of Faulad Drug-Glutton, his fiery cordon around Queen Mahjabeen’s army disappeared at once. Mahrukh, Shakeel, Amar and other tricksters imprisoned in magic chains and fetters were released.

When Amar heard the terrible explosion, he said to Mahrukh, “There! It’s done!” Mahrukh said, “What do you mean?” Amar answered, “I tell you the truth. The sound we just heard was that of Faulad dying. I reckon that either Qiran or Burq dispatched him to hell. Let us get out of this prison chamber. Our armies will not be far behind. We must now kill Faulad’s twelve thousand sorcerers.”

Mahrukh, Shakeel and others came out of the prison chambers, made their war cries, recited spells, and clapped. A dark dust storm rose and arrows that sent the prison guards running for cover rained from the skies.

Dil Aaram said to Queen Mahjabeen, “My lady, your grandmother, Princess Mahrukh Magic-Eye has declared war. Your army is standing as ready for battle as it was the moment the fiery cordon surrounded it. You too, must now attack Faulad’s camp.” Mahjabeen ordered her throne to be carried forward and fell upon Faulad’s army with her entire force.

Prince Asad sounded his war cry and rode into the thick of the battle. Amar Ayyar attacked with Princess Mahrukh from another front. He too, shouted his war cry and, drawing his dagger, flung himself into the fray singing,

“I am a star among tricksters
In the world of cunning unique
With my arts, subterfuge and ruses
I bring calamities on entire tribes
From my sharp sword even the lions retreat
And seek refuge in the wilderness
My name is Amar, King of Tricksters
Angel of Death of the infidels!”

Each time he did a somersault and dove, he severed the legs of ten men. With every leap he beheaded ten infidels. As they fell dead to the ground, Amar cut off and secured their money pouches.

Prince Asad and others showed such resolute and excellent swordsmanship that not a single soul survived in the army of Faulad Drug-Glutton. The brave warriors encircled the enemy sorcerers and put each to the sword. Then they advanced on the City of Purple Poppy.

The night had ended in the meanwhile. The King of the Stars beat a retreat after receiving a wound from the malevolent ray dagger of the King of Noon. The Emperor of Planets now showed his might. He conquered the cities of Earth and sky and deputed his agents in every nook and corner of the heavens.

It was reported that the populace and army of the City of Purple Poppy had gathered outside the city walls. Mahrukh Magic-Eye fell upon them with her entire force. Tired after a whole night of commotion and dispirited in the absence of Princess Nafarman, the army of the infidels put up a brief fight before turning tail. The citizens asked for mercy. Mahrukh Magic-Eye ordered that general clemency be awarded and it was declared by the blaring of trumpets. Then she led the citizens back into the city.

Qiran approached Burq and said to him, “Our army has taken the city. Let us now take Nafarman before Princess Mahrukh.” They drugged Nafarman, bundled her up, and headed on their way.

Mahrukh Magic-Eye had already conducted Mahjabeen Diamond-Robe into the Hall of Audience. The criers proclaimed throughout the city that those who would disobey the new ruler would be severely punished.

A dance recital was underway at the Hall of Audience and the nobles of the city were making offerings to Mahjabeen when Qiran and Burq arrived with Princess Nafarman. Mahrukh embraced both tricksters and seated them on golden thrones. When she asked them about their adventure, Qiran told them how he had dug the tunnel and blown it up with gunpowder. The whole court laughed upon hearing of his ingenious trick.

Mahjabeen conferred sumptuous robes of honor on both Qiran and Burq. They presented their rewards to Amar Ayyar, who stowed them away in his zambil and then took out a kerchief made of a coarse, thick cloth and put it on Qiran’s shoulder like a robe of honor. Qiran said, “Oh my! Today my honor is redoubled. No one before me was conferred such a reward by my lord and master.” Burq said to Amar, “Master, I participated equally in this mission with Qiran. Please confer a similar reward on me, too.” Amar answered, “You are not worthy of such rewards as yet. Qiran saved my life. You must not compare yourself with him. It is indeed his privilege alone to receive this honor.” Burq replied, “You will not have long to wait. I shall perform such a marvellous piece of trickery that you will be forced to confer a like reward on me.”

Then Qiran the Ethiope and Burq the Frank tied Princess Nafarman to a column in the Hall of Audience and restored her to consciousness. The last time Nafarman had opened her eyes she had witnessed the tunnel exploding and her city burning. Now, when she opened them she saw another marvel: Queen Mahjabeen sitting on her throne with Prince Asad.

Imagining that she was having a nightmare, Princess Nafarman closed her eyes. Amar Ayyar called out to her, “O Princess Nafarman, this is not the realm of dreams but of consciousness. The one for whom you threw a feast was blown to bits and killed. Your lands have fallen to the servants of Queen Mahjabeen Diamond-Robe. You will be forgiven if you submit your allegiance; otherwise you must die.”

As Nafarman was a wise and powerful sorceress, she realized the unravelling of the tilism had begun and that Prince Asad was, indeed, the Conqueror of the Tilism. She signalled that she was willing to submit allegiance. Amar now got up and removed the needle from her tongue and unfastened her.

Princess Nafarman kissed the throne of Queen Mahjabeen, who conferred a robe of honor on her and said, “When the tilism is finally conquered you will receive the lordship of many other kingdoms besides your own.” It was announced in the city that any of Princess Nafarman’s army commanders who wished to remain faithful to her should present themselves.

The dispersed army of the City of Purple Poppy started arriving from the desert and mountain passes. All of them were asked for their allegiance and, upon submitting it, were restored to their previous ranks. An additional army of twenty-five thousand sorcerers was thus gathered. After these victories, Amar said to Princess Mahrukh, “We must no longer remain in this fortress. It is a short journey from here to Afrasiyab’s court; if he attacks we will not be able to put up much resistance. His armies will surround us and we will be caught here like mice in a trap. We must return to our old camping grounds. If some powerful sorcerer takes us prisoner there our tricksters will kill him when he camps on the return journey.”

Mahrukh immediately acted on Amar’s advice and ordered the army to march. Princess Nafarman said to her, “I will accompany you now. When Afrasiyab hears of my conversion he will not spare my life.”

In short order, the camp prepared for marching and the tricksters and commanders, along with Princess Nafarman, set out on the journey riding magical birds and beasts.

They returned and camped near the City of Manycolors where they had first fought Faulad Drug-Glutton. The stately royal pavilion – as majestic as the firmament – was raised and Mahjabeen sat on the throne. Dancers performed and the imbibing of wine started. With the camp happily settled and occupied with these amusements, Qiran the Ethiope returned to his station in the wilderness.

Emperor Afrasiyab awaited Faulad Drug-Glutton’s arrival in the Pleasure Garden and whiled away his time in pleasure-seeking. The scaffolds were ready and the executioners were on hand.

The following day, some refugees from the City of Purple Poppy arrived near the Pleasure Garden crying for redress. Afrasiyab ordered them to be produced in his court. When the plaintiffs were conducted inside, Afrasiyab asked them to relate their woes. They cried out that the Fortress of the City of Purple Poppy was destroyed and gave a detailed account of Faulad Drug-Glutton’s death. Afrasiyab slapped his thigh in amazement and Heyrat broke into tears.