From “Agnes the Elephant” 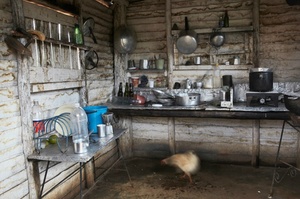 Today in the PEN Poetry Series, a special feature for April. Zachary Schomburg visited our New York offices in March and read from a new poem, “Agnes the Elephant.” Read an excerpt from the poem below and listen to Schomburg read his poem here.

from Agnes the Elephant

There is a man and a woman in the kitchen fighting
over which of the two of them get to keep their
son. The man is leaving the house and is never
going to come back. The boy is my boy and I am
going to raise him. The woman is holding the baby.
No he is mine, and he is mine to raise. The
problem is that they are both right. The boy
belonged to both of them. But the woman is
holding the boy in her arms. Hand him to me, says
the man reaching for the boy’s little arm. The man
pulls on the boy until the boy cries. Let him go he
says again, this time while holding the boy’s little
arm and little leg. Both the woman and the boy are
crying loudly now. The boy starts to slip from the
woman’s arms, but she pulled back. And one final
time, the man and the woman both leaned back and
pulled with all of their strength, with all of the
strength made from all of the purest love the two of
them had left swirling inside of them, boiling so
hot inside of them, until it then flowed out from
them both and mixed together in the beautiful and
silent space between them and, at least for a
moment, that pure love behaved.