Free Expression in China Drowning Under Waves of Writer Arrests 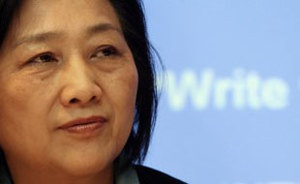 PEN American Center is alarmed by a spike in arrests of writers, journalists, and intellectuals in China in recent weeks. According to reports, four prominent intellectuals were arrested on November 26 alone and are being held without charge.

Xu Xiao, a prominent Beijing-based writer, editor, and publisher, has been detained on suspicion of “endangering national security.” She is being held in Beijing’s No.1 Detention Center. Xu Xiao—along with two other writers who were also arrested on November 26, Xue Ye and Liu Jianshu—is affiliated with Liren College, a non-governmental educational institution. The executive director of Liren College, Independent Chinese PEN Center (ICPC) honorary member, Chen Kun, was also reportedly arrested in October on charges associated with publically supporting the protests in Hong Kong. Liren College was established under the umbrella of the China Rural Library, which, over the last few years, has had several library branches shut down by Chinese authorities.

He Zhengjun, who was also arrested on November 26, works for the Transition Institute, a renowned civil society think tank. ICPC honorary members Guo Yushan and Huang Kaiping, who are also affiliated with the Transition Institute, were detained in October. On November 26, seven of Ilham Tohti’s students were put on trial in the western province of Xinjiang on charges of membership in a separatist group. Ilham Tohti, an ethnically Uyghur economist, writer, and public intellectual, was a professor at Minzu University of China in Beijing (formerly Central Nationalities University). Tohti co-founded the website Uyghur Online, which was designed to promote understanding between Uyghurs and Han Chinese. Ilham Tohti, a recipient of the 2014 PEN/Barbara Goldsmith Freedom to Write Award, was convicted of separatism in September and sentenced to life in prison.

After disappearing on April 24, 2014, and having spent the past six months in prison, 70-year-old veteran Chinese journalist Gao Yu, faced a closed-door four-hour trial on Friday, November 21, for allegedly “delivering state secrets to foreign countries.” She was charged in relation to her alleged leak of a state document, which details an announcement made by the Communist Party’s Central Committee warning against “seven perils,” including “universal values,” free press, and civil society.

Gao Yu is an honorary director of ICPC. She told her lawyer that a May confession to the leak was extracted under police duress. “Her lawyer has spoken of his concern regarding her health in detention, a concern we share,” said PEN America’s Director of Free Expression Programs Dominic Moran. “The ongoing persecution serves to underscore a system living in fear of its own writers.”