Four Poems by Wong May 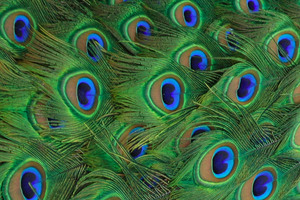 Today, in the PEN Poetry Series, guest editor C.D. Wright features work by Wong May. About May’s work, Wright says: “I began a low-key search for Wong May after reading Zachary Schomburg’s retrieval of her first title, The Bad Girl’s Book of Animals (Harcourt, Brace & Jovanovich, 1969 ) published online in Octopus. Her next book, Reports, was published by Harcourt in 1972. In 1978 she published Superstitions. When Octopus began to publish print books as well as continuing its e-mag, I thought of her again. A new title by Wong May, Picasso’s Tears, will be out from them this year. I include but a brief sample of this distinctive poet—quirky, in the best sense of the word (whose friendship with the late Hilda Morley implies common ground), unaffectedly well-informed, capacious, and unpredictable in her concerns and procedures. Wong May was born in Mainland China and raised in Singapore, where she obtained an English degree from the University of Singapore before attending the Writers’ Workshop at the University of Iowa.”

On Crossing the Centuries

2 maidens:  Kyoto saved because of her “remarkable beauty”,
To quote the then “joint chief of staff”,
Hiroshima chosen
For she is “just another city”.
The choice is Poetry
&  Poetry’s

We who have no country but our century.

Today again
The Pastoral
sounds like a funeral march
: the  dream  of
a statesman
waking up in heaven
Bearing with him the death of a nation
& why not
the death of all nations

The nation mourns
:  a procession

In heaven
where the death
Of all nations is celebrated  &  Beethoven
like a  grand  cru   is required,
—& he doesn’t  mind.
For so much of Ludwig
Is stately
&  despairing,
A funeral march in earnest
When the nightmare will still fit
the coffin

Under the horizon  —(at intervals
all     joy
We say, that too is fine with us.

When in Spring
The trees
grow vague
With blossoms

I don’t seek
To Know
What trees
They are