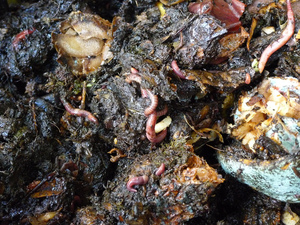 This week in the PEN Poetry Series, guest editor Cathy Park Hong features four poems by Seungja Choi, translated from the Korean by Won-Chung Kim and Cathy Park Hong. About Choi’s work, Kim writes: “Seungja Choi is regarded as one of the three most prominent Korean poets focused on the country’s struggles in the 1980s, the decade in which peoples’ lives were severely damaged and the democratic movement reached a crest. Choi writes with a fierce feminist language of despair and negation. Poetry is both a vomit of memory and reminiscence, as well as her own way of resisting the universal rotting that is characteristic of this world. She laments that capital has become the only joint of logic that governs this world, thereby making everything, including all human relationships, mediated by money. Choi’s poetry is a relentless investigation into the realm of despair and death. But from this agony, she emits an earnest cry for a way of life.”

Already I was nothing;
Mold formed on stale bread,
repeated piss stains on the wall,
a maggot-covered corpse
a thousand years old.

No parent has raised me.
I was nothing from early on,
Sleeping in a rat’s hole, nibbling
on the mosquito’s liver,
I was always dying everywhere.

So don’t say you know me
when we cross paths
like falling stars.
Idon’tknowyou, Idon’tknowyou,
Youthouthere, happiness,
You, thou, there, love.

That I am alive?
It is no more than an endless
rumor.

I am no-one follower
nor anyone’s friend.
I am the daughter of darkness dreaming
among weeds, a bog, or a body
possessed by intimation.

Mother, I am darkness.
Since the morning of the old
when Adam and Eve rose from grass,
I have been the long body’s sorrow.

Children sing like birds
and bloom like flowers
on the shining street.
In the sunlight, there are shining people
with heavenly minds, but I cannot taste
their mild wine with my forked tongue.
I coil myself among the weeds or a bog.
I wait for sorrow’s poison to ferment
in my whole body.

Like a baby inside a womb, yearning
for a mother’s love, I dream
the evil dream of the sun
secretly crying toward the sky.