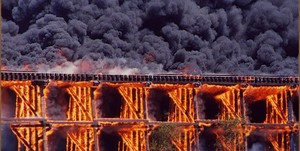 This week in the PEN Poetry Series, Guest Editor Dawn Lundy Martin features four poems by Matt Longabucco. About Longabucco’s work, Martin writes: “I’m made awake by the cascading chattiness of Matt Longabucco’s poems, the way his poems expose language’s inherent quirkiness, even and especially when it confronts the ‘misery we communicate without a single noun or verb.’ Matt’s poems bring to mind the urbane hilarity of Frank O’Hara, blistering in their attention to the ‘drizz boulevard,’ ‘gluey middle zone,’ and ‘the senile dope.’ Are we or are we not supposed to laugh? Who’s in on the joke? I met Matt ten years ago teaching during the summer at Bard College. We were all super young and glowing with natural flat bellies and a certain relaxed ease in our approach to intellectual and creative life. These poems are like an imprint of the moment when you recognize time has passed, and now you’re looking at the minutiae up close with necessary curiosity.”

Don’t I want that house from my dream?

raised up on an elegant stem—it had a moat:

clean and clear-flowing ripples patterned like water in digital films.

But I didn’t quite want it, was afraid to give up what I had, maybe,

though of course that’s laughable,

inexplicably refused the absurdly low rent, at first, then returned,

showed it to my father—a huge mistake.

By the end of the dream it was cracking, listing,

Do I want to stay here instead, in the city, and learn to brag?

I do not. Or don’t I want a better future?

A better future for this world?  But the present is the face revealed.

And the past shuffled the cards—the whole game

is played, already—it waits inside the deck for all

but those of outrageous grace.

When people talk about the future they conveniently forget

the part that concerns them most.

What’s their plan—to plant spies among the living?

To hide along the inner curve of an inhuman knot,

Don’t the tourists want me to huff with impatience?

To cradle them? My mother, to try to talk to her, you don’t

know her, but trust me it’s hard. From her I received:

I hope she decides to drive upstate with M. and me,

on Friday, though the thought of her anxiety level

in a Bushwick car rental office

makes me want to pour this double scotch

over my head. When I was in her skirts

this world was already spiraling into the clownishness

an unstoppable evil alternately endorses and takes as license.

Was I put here to digest its excesses? Mirror them?

Are you one of those jerks who thinks I write about my life?

I ride the train to coincide with midnight at my stop.

It’s easy to think the local is a little dull-witted, right?

My father tells me he wakes up looking for my mother,

stumbles through all the rooms, turns to her and tells her

The senile dope. Why doesn’t he do crosswords to keep

his mind sharp? Or, horrible thought, does he seek confusion—

does he want to hear nothing but birds? My kid being dragged

to school reports they make a V, I realize she’s been looking, not down

like me, but up at a flock of geese cruising in formation a mile high.

Seven, can I get her to remember to give twelve bucks to her teacher

for the four minutes it takes to climb three flights of stairs?

Today I saw the archivist at my university library—

who years ago gave my graduate proseminar a lively presentation—

peer into vitrines to arrange the lobby’s annual exhibit, on the theme

of Alice in Wonderland, in a way that filled me with despair.

And since my accident, my head weighs forty pounds if

I drink an evening beer. Bought a Kit Kat from the platform

kiosk’s fridge, opened and found it melted, returned to the clerk

and simply held up for exhibit A its muddiness, shittiness, dropped it

on the counter, went foraging more deeply on the shelf for one

he insisted I deem acceptable before walking away this time.

your melted face—the acid of abuse, odorless and colorless—

misery we communicate without a single noun or verb,

with supple silence molded by brainwaves bounced off

gemdust on planetary beaches, the squelch of time across

distances long enough to bend its path to nowhere.

coincides nowhere with mine. He thinks my death

through a flicker I saw thirty-five years ago, twenty years ago, five,

slimmer than his wildest dreams and unmistakable as sunrise

real enough to stand the light.

the troll living under the williamsburg bridge

high, should I fold my coat over my sleeve
or will the pockets spill out?

high, with an enormous notebook
too shameful to carry around the Met
for dear life I clutched a bench
removing its mahogany finish in four parallel gouges
while a man in a beret seemed to hear my groans
from beside the Ionian column
whose swirls in the swirls of that lady’s
walker’s luggage-like wheels repeat

someone 4 feet away tells a story about bathing in the Ganges!

O for a flyer or pamphlet without print on the back

how easily the artisans in this gallery
share their common style

grant cycles of the ancient world

with Odysseus it’s always the same question
do you want to win, or don’t you?

Totoro’s love for the slap of raindrops on leaves

since when does my body feel like a tube of putty
uniform all the way through?

numb and obsessed with knowledge
forbidden to possess

had a light in me, then, and if I bent it was
to tend it—

what do people do with cigarette lighters?
oh right, pocket

all this hideous fireproof shit

wish those last fries were out of my periphery

did I ever tell you I was in Anything Goes?

before we shower, we sweat
then take the drizz boulevards in flawless makeup

the beauty of never-a-care helps carry the ice

last hope to shed: to be something later

a glimpse of this, the moment you stop listening

sometimes I stop, too—or start listening to something else

now when things get quiet the walls tick

We’re the same.
But you’re better at being us
than I am.
And I don’t have the constitution—
I’ll twist a paper clip if it’s in my hand,
and I’m twisted—my neck and back.
I forget to lie—
you wouldn’t forget—
or tell the truth in a trance.
If the truth fades away
with time
I forget to protect it.
You think you’re immune—
like me—
but you’re not a fool—
we won’t be satisfied
until that nightmare
plays out—we want to be
spit on—
what does “any” mean
you asked in a dream
having peered across the table
to read it upside down
from my page
written in a genre
in a city
both said to be dying—
o let it be true—
they push the rock
over the cave mouth
and we will be alone
in the perfect dark after
if either of us
refuses to speak.

Join us this Wednesday, Feb 1st @ 6pm as we welcome @PENamerica Birmingham in a conversation with Imani Perry, author of “South to America: A Journey Below the Mason Dixon to Understand the Soul of a Nation.” Scan the QR code on the flyer now to get registered.