Four Poems by Jamaal May 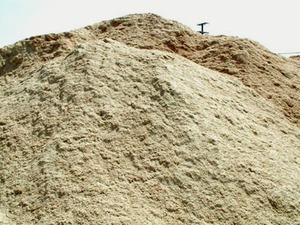 Today in the PEN Poetry Series, guest editor Shane McCrae features four poems by Jamaal May. About May’s work, McCrae writes: “A great and baffled humaneness radiates from Jamaal May’s poems—dig, for example, ‘Ode to the White-Line-Swallowing Horizon,’ in which May apologizes to people and things that might have suffered as a consequence of his efforts to flee ‘the charcoal outline of that house,’ and ends up apologizing both for maturing and making changes in his life and for the hard necessity of maturing and making changes. And his apology to a mop and bucket is no less felt than his apology to himself—throughout these poems, he shows his humaneness in the ways he considers and addresses what he considers and addresses. And he shows his bafflement via a profound and affecting sense of uncertainty as to location, which reads as physical corollary to his unwillingness to limit or channel empathy by taking sides. The more we read Jamaal May’s poems the better off we will be, and the better we will be for the world.”

God of the Wood

The air in this world is thicker than I remember
from nights at camp, whacking fireflies with a fallen branch.
I wondered if the shadows, numbering in the hundreds, were all cast
by the same god I hung out with when I was little—his voice
is the silence I’ve been afraid to hear since.
I would smack the side of a tree and stand in the rust-red
shower of leaves until I felt stronger than god;
I could’ve cracked his moon in half
if I wanted to—if I swung my stick high and hard enough,
if I screamed loud enough. But I’m afraid
to know what happens when enough
is the sound of my staff splintering against heaven,
a shock up my arm—
more with every strike.
No gods, still, though
I broke away from the campfire and its songs
so I could kneel in the woods, let wild grass grow
to meet my damp knees. To kneel with a question and rise
with a question is only one way to forget
your old prayers. Another is to busy your hands with sticks
carving your runes into a clearing’s mud. I learned dead trees
could be pushed over by my small hands
if the rot was enough and I had leverage.
They creaked, cracked, and tumbled
down towards—
I don’t know where;
my eyes couldn’t follow that far in the dark.
I pretended there was another camp at the bottom
where they worshiped a god of wood and sap, and nightly,
when I snuck from my tent, I responded to their prayers with a sign,
this very wood crashing down around them.

Ode to the White-Line-Swallowing Horizon

I offer my apologies. To the road.
To the white-line-swallowing horizon.
I’ve used you almost up.

I’m sorry I don’t know another way
to push the charcoal outline of that house
into the ocean-dark behind me.
For being a grown man
with a boogeyman at his back.
Apologies to the grown man growing out
of a splintering boy’s body.
Apologies to the splinters. Little ones,
you should’ve been a part of something whole.

I know how to lie still when wind
makes grass writhe against me like snakes.

I want snakes to carry me away.
I’ve always been too big for this,

even before my first kiss
trapped me against a garage,

its peeling paint scratching new
patterns into my back.

I tried to read lines on skin.
Looked for maps out of myself.

I’ve wanted to get carried away
for days. Not even the gale

that foreshadowed the storm
that tore a tree out of ground

can come close to lifting me.
Too much in my pockets I suppose:

an assortment of keys to locks
that have long been forgotten.

as dead. I forget dead folks all the time.
The space they used to take up is filling

with something like air but breathable.
Just the other night, a silhouette

arrived clothed in a moment I couldn’t recall.
Even cities I’ve seen and seen are naked and new,

a coterie of streets named I Thought I Knew the Way
and Her House Used to Be Somewhere Near Here.

A saying I can’t forget goes something like:
tied to a chair, sent up in flames,
the rope was destroyed before the fire
convincingly claimed your cousin

belonged in its careful arms.
As the saying goes: third degree burns
across ninety percent of his taut frame
couldn’t claim his voice

before someone had endured its muttering,
having found him and placed him in a bathtub,
unsure of what one does with a dead man
who has yet to get around to dying.

Again, someone whispers something terrible
in the ear of a husband. Another morning
fills a phone receiver with an empty voice,
How do we keep all the boxes closed?

Many mouths open and close
around so many children with tiny fists
for eyes, no one can not remember how greedy
the land is. How it calls us all back, spoiled
by the ease at which we always come.