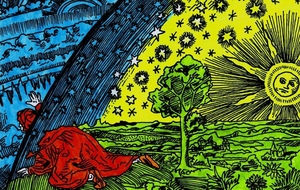 This week in the PEN Poetry Series, guest editor Robert Fernandez features new poems by Hannah Sanghee Park. About Park’s work, Ferndandez writes: “Gottfried Leibniz famously said that ‘Music is the hidden arithmetical exercise of a mind unconscious that it is calculating.’ As with music and mathematics, so it is with poetry. The poet is a counter of syllables, stresses, polyphonies and harmonies; of symmetries and asymmetries; of the warp and woof of language, a mesh that tears itself in reconstituting itself (here, a serpent; there, a bird of prey). Here are filaments that bend to new intricacies of muscle, dart, and set to strike. The poet, a hunter tracking her blind count, calculates the possible and impossible: the poem, a life. Hannah Sanghee Park’s poems calculate, eyes and ears open yet just blind enough for an original gambit, a gambit of origins (rhythm, pulse, notation). Let’s listen then for the vibrant and violently awake, the poem and the life becoming, always becoming, what they are: an horizon, a world whose lashes tear and whose eye looks back at us, signaling: homelessness, home.”

Sky the color of being photocopied too many times

Then the coming sun boils off the sea’s gray

It is a fear of rejection.

Do what is needed.

There is a grace there in your neck

Some History of Calamity

Claim I jump and then calamity

Claim my city | I call it my own

On burns Bruno at the stake

Who wept to see

[Because desire won’t shrug off…]

Because desire won’t shrug off,
and the heart begins to eat its stores
its substance—slowly, at first, and
sparingly—
(but nothing’s left to lose so it is downed)

We have a thing here called hunger
A feeling and an ache, want of want.

Sun drinks down its own day.
Dusk takes us to task.
Hath drunk so deep

[Will you pull yourself together…]

Will you pull yourself together,
asked my bones of me, a simple request
I honored for some time, until I realized,
asking back: will you pull me together?

Let’s try a conversation.
Your limit to watching anything
is five minutes before you are disinclined
At first I didn’t believe it. But I do.
I can only hold you for so long.

I walked home in the storm
(home, I called it home)
and some lone animal’s tracks
cut perpendicular my own

your fists before you knelt
Your hands balletic

I tell you I am scared of the dark.
again you: why? and how? and what company am I
keeping?

Only that of someone whose liver is
a lily, whose lover was a likeness
in this light—come here, I’ll show you—
everybody has a likeness,
not so much a light.

Crown vetch
Before gold on the ground.