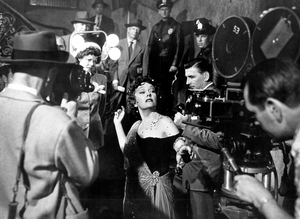 This week in the PEN Poetry Series, guest editor Brian Blanchfield features five poems by Feliz Lucia Molina. About Molina’s work, Blanchfield writes: “I feel about Feliz Lucia Molina’s poetry the way I felt about Ariana Reines’s dimensionally game-changing Coeur de Lion back in 2007: here is a direct, uninhibited, even transgressive poetics—and an agile theorizing intellection—spun immediately out of the gossamer of the current cultural idiom, working way out on the web. There is an edginess I appreciate in the poet’s extramural observations from deep inside but ‘[this poem] doesn’t care what you think as it / splits between assimilation and ruin / Is here to hijack whatever language / it was born to remain foreign in.’ The confidence and unconcern of the speaker is superimposed on an anxiety about our hypermediated relationships—'(code of) my father projected onto my driver’s seat / …(code of) your Skype meeting projected onto a waterbed.’—in a way that excites what more is possible in poetry. I find I can’t close out of it.”

I bibliomancied true
then true again then helicopters

You got narratives, got a lot of narratives
and like the way you wear all of them

to see how good
you already are

This poem migrates, was born to drag
and survives because of it
This poem has other thoughts
about mimicry and its power
glistening like the sun reflecting from
a broken tropical microphone
cut and dragged onto a wheat field
of French Impressionist strokes
gaze worthy and stupid
Doesn’t care for a transformation
of any kind, it’s fine the way it is
It doesn’t care what you think as it
splits between assimilation and ruin
Is here to hijack whatever language
it was born to remain foreign in
Renewed by the monster
of truth and lies like a fetus
growing on a brain
you would later learn was your twin
This poem isn’t a middle finger
it merely wants to live

(code of) a wall projected onto a wall

(code of) my face projected onto my husband’s face

(code of) a black cat projected onto a white wall

(code of) a 404 Not Found projected onto a white cat

(code of) a flower painting projected onto a glass wall

(code of) my brother projected onto his daughter

(code of) my mother projected onto her mother’s grave wall

(code of) my father projected onto my driver’s seat

(code of) a sprinkle donut projected onto itself

(code of) a murder projected onto a police pig

(code of) a friendship projected onto a gold canvas

(code) of your birth chart projected onto a palm tree

(code of) honor projected onto the last living lion

(code of) teacups projected onto a lawn of grass getting mowed

(code of) your fears and anxieties projected onto a pancake

(code of) your goals projected onto a piece of toast

(code of) water projected onto a cow

(code of) a stranger’s ringtone projected onto your dinner

(code of) Doritos projected onto the Amazon rainforest

(code of) your Skype meeting projected onto a waterbed

(code of) a golf course projected onto a California drought

(code of) someone’s kindness projected onto an empty swimming pool

(code of) a swimming pool projected onto kitchen counter backsplash

(code of) Stéphane Mallarmé (google image) projected onto my knee

There is (no code of) all the racism, sexism, classicism, you’ve lived through
No code for that at all.

was a title I wanted to give something
to make whatever thing more real and true
not really true, but at least real
which means the same thing anyways

And now I’m taking you to Sunset Blvd.
while a woman says jacuzzi
in relation to what we’ll never know
a party promotion for some
thing meaning
wet, Let’s all get wet
together in this heat, Let’s get
hotter in a jacuzzi in October

Let’s put all our sad hearts
in a jacuzzi
is really what this stupid
invention was made for, rite?

and did you know Jacuzzi’s
first name was Candido?
Sometimes I can’t believe the world.