Ferguson: No Place for Repression in American Heartland 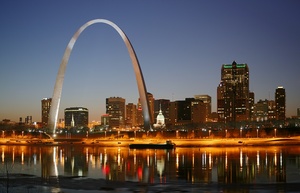 Reports today of police harassment, tear-gassing, and arrests of journalists covering the unrest in Ferguson, Missouri should be cause for alarm among writers—and citizens—everywhere.

Two reporters covering the protests, Wesley Lowery of The Washington Post and Ryan J. Reilly of The Huffington Post, were arrested on charges of trespassing inside a local McDonald’s and later released without charges or explanation. Nearby, an Al Jazeera America crew covering the disturbances was tear-gassed by police who were forcing media out of the area of the protests.

The demonstrations—which have at times turned violent—are in response to the fatal shooting last weekend of Michael Brown, 18, by police. Many in the highly segregated community in St. Louis County have suggested the shooting was racially motivated.

As part of the PEN International Charter, PEN members pledge “to do their utmost to dispel race, class, and national hatreds.” Equality is an essential cornerstone of the free flow of ideas.

Unacceptable tactics used in Ferguson today dangerously resemble those used by repressive regimes subject to unflinching American criticism. Journalists must be able to report on issues related to discrimination and official misdeeds without harassment: the use of force against journalists engaged in their work under any circumstances is illegal. For the United States to honor its own Constitutional protections to free expression and assembly, the abuse of journalists in Ferguson must be swiftly and thoroughly investigated, and the perpetrators brought to justice.