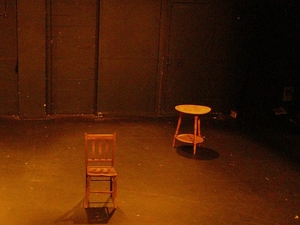 It happened during the second act of The Glass Slipper, when the wedding was well under way and the cast were enjoying themselves at leisure with glasses of water in their hands and little Irma was getting tiddly on pálinka, wanting to give the little cat her breast as in the first act, and the storm was gathering in the stifling air: at the end of May 1987 there weren’t very many in the auditorium at the guest performance by the Vásárhely Theatre School, friends, relations, intending students of the School and a few members of Zsebszínház, the amateur company, which was bereft and had no director anymore