Writing Inside: An Evening of Stories 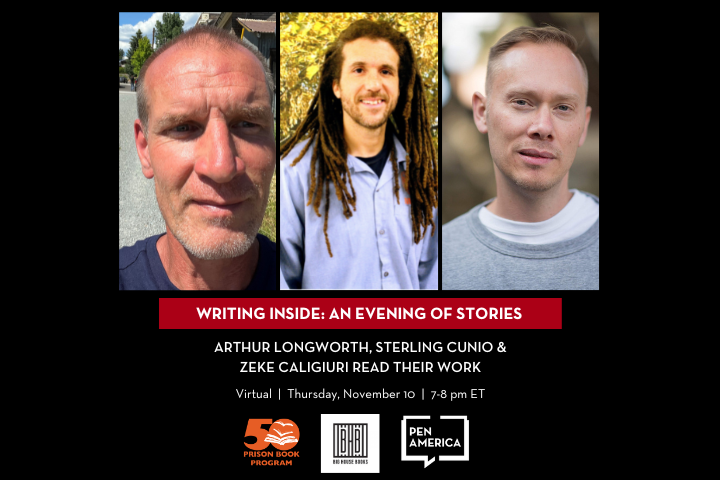 Formerly incarcerated authors Arthur Longworth, Sterling Cunio and Zeke Caligiuri read their work. Hosted by Prison Books Program on their 50th anniversary and moderated by Caits Meissner, Director of PEN America’s Prison and Justice Writing Program. This event will also feature Big House Books, a prison books program based in Jackson, Mississippi, and address the challenges and needs of sending books inside. 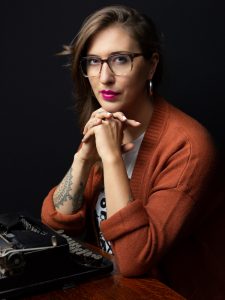 Caits Meissner is the Director of Prison and Justice Writing at PEN America, where she edited The Sentences That Create Us: Crafting A Writer’s Life in Prison (Haymarket Books, January 2022), of which the Mellon Foundation funded 75,000 copies to reach readers in United States prisons free of charge. Her poems, comics, essays and curation have appeared in The Creative Independent, The Rumpus, [PANK], Harper’s Bazaar, Adroit, Literary Hub, Split This Rock, Bust Magazine, The Normal School, Hobart, and The Guardian, among others. 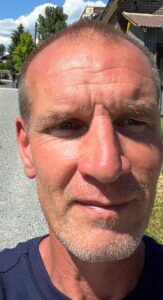 Arthur Longworth was the youngest person sentenced to life without parole. Recently released, Arthur has won six National PEN Awards and is the author of two books: Zek (Gabalfa Press, 2016), The Prison Diary of Arthur Longworth #299180 (Pygmy Forest Press, 2008). He has written for the Marshall Project, VICE News, and Yes! Magazine, as well as a wide selection of literary journals. His work has been read on stage at events in New York City by celebrated literary figures, Francine Prose and Junot Diaz, and American hip-hop artist and poet, Talib Kweli. 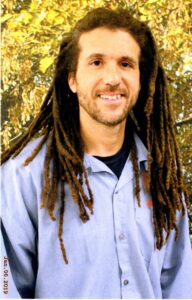 Sterling Cunio is a spoken word poet who transforms adversity into the substance of stanza. Sterling is a  2019-2020 PEN America Writing For Justice Fellow, a 2019 Oregon Literary Arts Fellow and a two-time PEN America Prison Writing Award winner for his essay Going Forward with Gus (2018) and co-authored play The Bucket (2018). Published in The Marshall Project, Sterling’s currently a University of Oregon undergrad majoring in crime, law and society. At age 16, Sterling was sentenced to life without parole and has spent twenty-six years in prison where he’s devoted himself to hospice volunteering, mentoring younger prisoners, transforming the culture of street crime and building peace. Sterling is a frequent contributor to community-based efforts to raise awareness around issues of mass incarceration, food scarcity, and Restorative Justice. 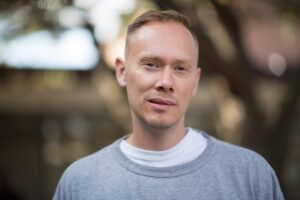 Zeke Caligiuri is a writer and activist from South Minneapolis. His book, This Is Where I Am: A Memoir was a finalist for the Minnesota Book Award. His prose has been anthologized in “Prison Noir” edited by Joyce Carol Oates and “From Education to Incarceration: Dismantling the School to Prison Pipeline.” He has very strong opinions about criminal and prison justice and the carceral state. Ask him about them.