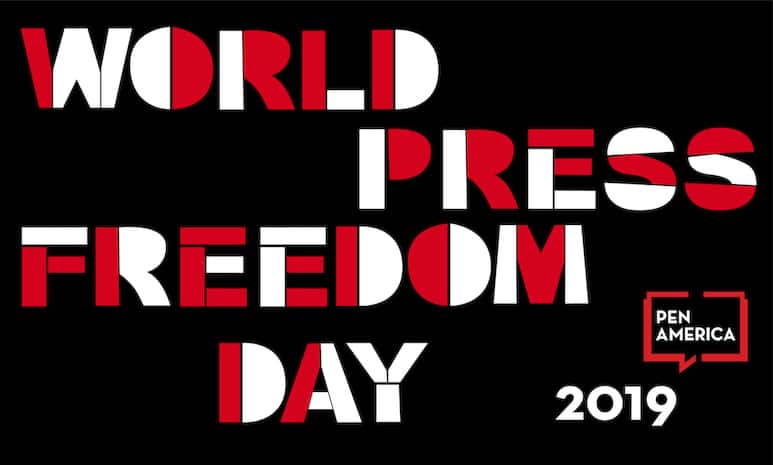 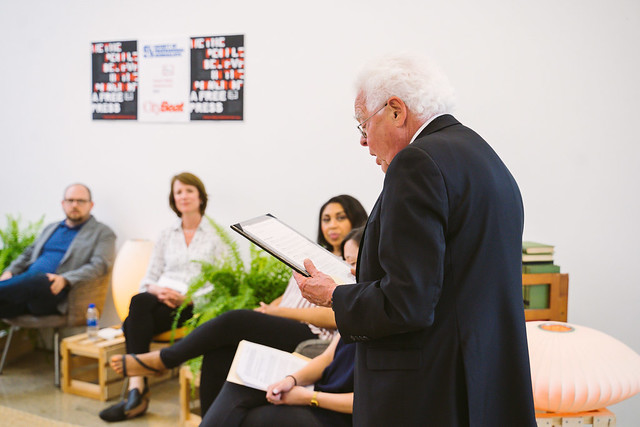 Join PEN America, CityBeat, and the Society of Professional Journalists Greater Cincinnati Pro Chapter as we gather together local journalists and community members in Cincinnati, Ohio in recognition of World Press Freedom Day! Councilmember David Mann will kick off the event by reading a proclamation declaring press freedom and local journalism a priority in Cincinnati City Council, and will be followed by a vibrant discussion with local news makers.

Part panel, part small-group discussion, the conversation will bring together those who consume the news and those who report it. A community’s stories are essential to building a resilient and robust free press, and we look to local journalists and news outlets to report the information that most impacts our life. Alongside representatives from the local news media, join us in discussing how narratives in the news shape our understanding of specific issues, what can journalism do to elevate unheard and endangered voices, and how we can create an open dialogue between journalists and citizens. Participants include:

Bonnie Jean Feldkamp is an award-winning freelance writer who writes service journalism articles, personal essays, columns, and op-eds. Bonnie Contributes to The Cincinnati Enquirer and USAToday. Her essays have appeared in The New York Times, Scary Mommy, Medium and more. Bonnie is the Communications Director for the National Society of Newspaper Columnists. She is also a board member of the Cincinnati Chapter of the Society of Professional Journalists.

Lucy May is a native of Northern Kentucky. She left home to attend college at Northwestern University and graduated from the Medill School of Journalism in 1990. Lucy worked as a reporter for daily newspapers for about 10 years, in Greenville, S.C., Columbus, Ohio, Lexington, Ky., and here at the Cincinnati Enquirer. She worked at the Cincinnati Business Courier for nearly 13 years before becoming a reporter at WCPO in 2013. Much of Lucy’s reporting focuses on poverty and social justice issues in Greater Cincinnati. Lucy lives in Fort Mitchell, Ky. She and her husband have two daughters.

Alexis Rogers joined WLWT in August 2016. She came to WLWT from KATV in Little Rock, Arkansas where she was a reporter and fill-in anchor. While at KATV, Alexis was nominated for a Mid-America Emmy for her reporting on the eclectic history of 9th Street. Before Little Rock, Alexis worked for KOMU-TV in Columbia, Missouri as a reporter and anchor. She also worked for Newsy.com where she anchored and produced multifaceted videos for clients like TIME Magazine, Huffington Post and AOL. Alexis is a proud Tiger. She graduated from the Missouri School of Journalism (Mizzou) with a B.A. in Radio-Television Journalism. While in college, Alexis worked as a reporter for Columbia’s NPR affiliate KBIA-FM, Clear Channel Media and Entertainment in Chicago and NBC Washington. She is a member of the National Association of Black Journalists and founder of I.M.A.G.I.N.E., a mentoring program for young women. Alexis is also a proud member of Alpha Kappa Alpha Sorority, Incorporated.

Tana Weingartner earned a bachelor’s degree in communication from the University of Cincinnati and a master’s degree in mass communication from Miami University. Most recently, she served as news and public affairs producer with WMUB-FM. Ms. Weingartner has earned numerous awards for her reporting, including several Best Reporter awards from the Associated Press and the Ohio Society of Professional Journalists, and a regional Murrow Award. She served on the Ohio Associated Press Broadcasters Board of Directors from 2007-2009.

Chris Wetterich is a reporter and columnist for the Cincinnati Business Courier whose work is focused on government, politics, economic development and transportation. He has covered two cities and three states in his career, starting as an intern for the Associated Press in Cincinnati and later South Dakota before covering state government issues in West Virginia and Illinois and city governments in Springfield, Ill. and Cincinnati. He was the editorial page editor for The State Journal-Register in Springfield, Ill., before moving back to his hometown of Cincinnati in 2013.