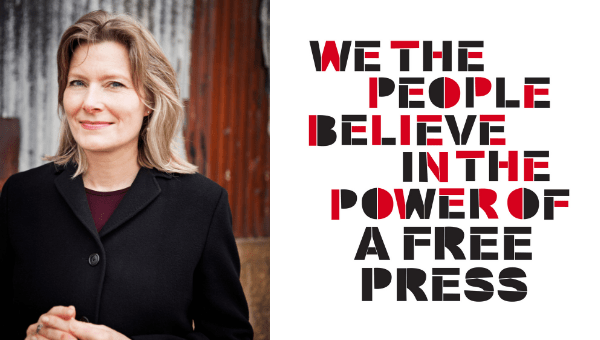 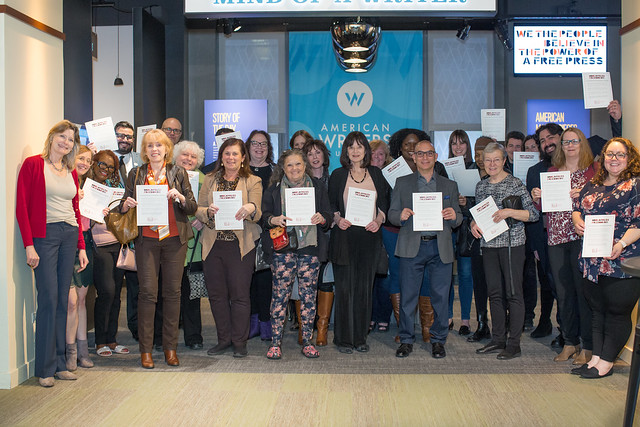 Celebrate this year’s World Press Freedom Day by joining PEN America’s President and Pulitzer Prize-winning author Jennifer Egan and director of membership Rebecca Stump at the American Writers Museum for a Member meet-and-greet. Mingle with Jennifer Egan, PEN America Members, supporters, and allies and discuss how to best support a free press at the local level. The event will feature a reading of the PEN America Press Freedom Manifesto, which we hope will serve to inspire and unite writers across all genres at in support of journalism as a vital form of storytelling.

The event is free and open to PEN America Members. Light refreshments will be provided.

is a Pulitzer-Prize winning writer and the President of PEN America. Her most recent work, Manhattan Beach, won the 2018 Carnegie Medal for literary excellence and was recently selected as the One Book, One New York City-wide read. She is also the author of A Visit from the Goon Squad, which won the 2011 Pulitzer Prize, the National Book Critics Circle Award for Fiction, and the Los Angeles Times Book Prize. Other works include: The Invisible Circus, a novel that became a feature film starring Cameron Diaz in 2001; Look at Me, a finalist for the National Book Award in fiction in 2001; and The Keep. Her short stories have appeared in The New Yorker, Harper’s, Granta, McSweeney’s, The Best American Short Stories, and other magazines and collections. She is a recipient of a Guggenheim Fellowship, a National Endowment for the Arts Fellowship in Fiction, and a Dorothy and Lewis B. Cullman Fellowship at the New York Public Library. Her non-fiction articles appear frequently in The New York Times Magazine, and her 2002 cover story on homeless children received the Carroll Kowal Journalism Award. Her article “The Bipolar Kid” received a 2009 NAMI Outstanding Media Award for Science and Health Reporting from the National Alliance on Mental Illness. She was born in Chicago and raised in San Francisco. She joined the PEN America Board in 2012.

Rebecca Stump has spent the past decade as a membership professional nurturing and supporting writers across multiple disciplines. Stump is currently the director of membership at PEN America, a non-profit working at the intersection of literature and human rights fighting to protect free expression in the United States and worldwide. Most recently, she was the director of member services at the Dramatists Guild of America, the national association of playwrights, composers, lyricists, and librettists. During her tenure, she led a joint project with the Lilly Awards Foundation, “The Count,” a study of gender parity in regional theatre. In addition to her time at the Dramatists Guild, she worked within the development department at the Metropolitan Opera and served four seasons as executive director of New York Opera Exchange. Stump holds a BA in Political Science and Theatre Arts from Marymount Manhattan College and earned an Executive Certificate in Nonprofit Leadership and Management from the Austin W. Marxe School of Public and International Affairs at Baruch College through the New York Community Trust Leadership Fellows Program.