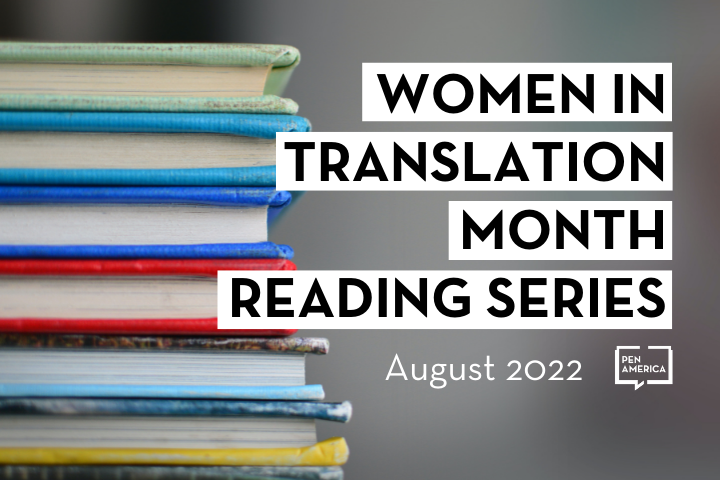 This August we once again celebrated Women in Translation (#WiT) Month! This reading series was initiated by blogger Meytal Radzinski in 2014 to raise awareness of translated literature by women, queer, and nonbinary authors, and promote gender and cultural diversity in literary publishing. This year, our free, virtual reading series gathered voices from across time zones for an international celebration!

Organized under the support of the PEN America Translation Committee, these events brought together three panels of translators, joined by their authors, working in a diversity of languages. The readings were followed by brief Q&A discussions. We hope you’ll watch the recordings of these one-of-a-kind bilingual readings!

The Women in Translation Reading Series took place on Zoom on August 16, 23, and 30, 2022. The conversations were moderated by Nancy Naomi Carlson, Jesse Lee Kercheval, and Katherine E. Young. 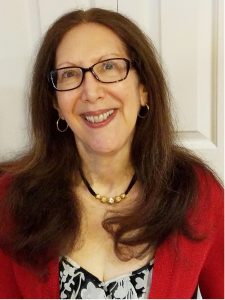 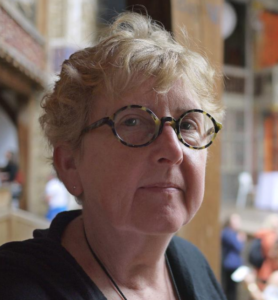 Jesse Lee Kercheval is a writer and translator, specializing in Uruguayan poetry. She has been awarded a Fellowship at the Banff Literary Translation Centre and an NEA in Translation. She is the Zona Gale Professor Emerita in Poetry at the University of Wisconsin-Madison. 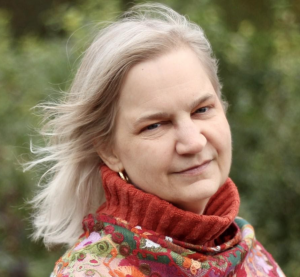 Katherine E. Young is the poet of Woman Drinking Absinthe and Day of the Border Guards. She has translated memoir by Anna Starobinets, fiction by Akram Aylisli, and poetry from Russia, Ukraine, and Kazakhstan. Young, a 2017 NEA translation fellow, served as the inaugural poet laureate for Arlington, Virginia.

We are relieved to see writer #AnandTeltumbde released on bail in India after 31 months in pre-trial detention for his #FreedomToWrite. He should never have been jailed in the first place.
https://scroll.in/article/1038464/will-the-bail-granted-to-anand-teltumbde-help-others-in-the-bhima-koregaon-case-to-get-out-of-jail

Digital rights in #Vietnam are declining as a new system of surveillance and control has emerged in the country, with the support of Western tech giants. https://thediplomat.com/2022/11/the-quiet-evolution-of-vietnams-digital-authoritarianism/

We welcome the establishment of an international fact-finding mission to investigate reported human rights abuses in Iran since protests against the death of #MahsaAmini. We urge the mission to pay close attention to targeted arrests of writers and #FreeExpression violations.