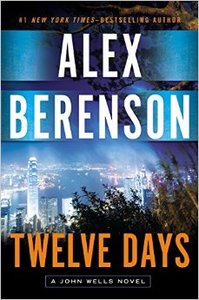 You are invited to a private dinner with thriller novelist and former New York Times reporter Alex Berenson. The dinner will be hosted by Roxanne Donovan and Tom Scarangello on Tuesday March 3, 2015 at 7:30pm and all contributions go to PEN American Center.

Berenson will talk about his latest John Wells novel Twelve Days (published Feb 2015). In this “cutting-edge” novel, hero John Wells “has only twelve days to stop the United states from being tricked into invading Iran”.