In the early 20th century, Japanese writers broke away from the Imperial school and formed societies to write and share tanka, a traditional form of poetry consisting of 31 syllables. This year the writers in the Worker Writer School, founded and led by poet Mark Nowak, have formed their own tanka societies: The League of Revolutionary Workers Tanka Society and the Refugee Tanka Society (Albany). Attendees enjoyed a celebratory reading and saw the exquisitely designed mini chapbooks produced by Josh McPhee of Just Seeds. 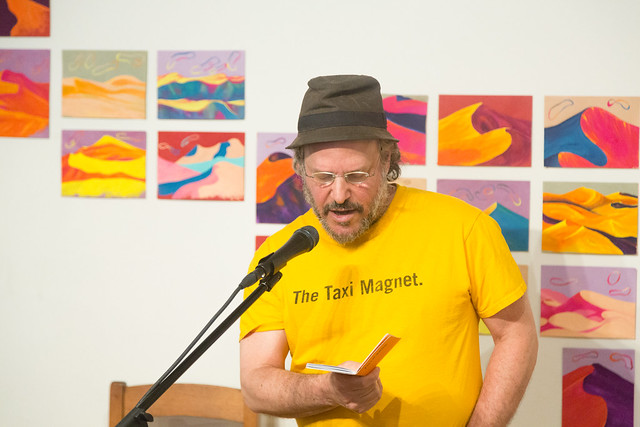