The Stories Written into Our Bodies 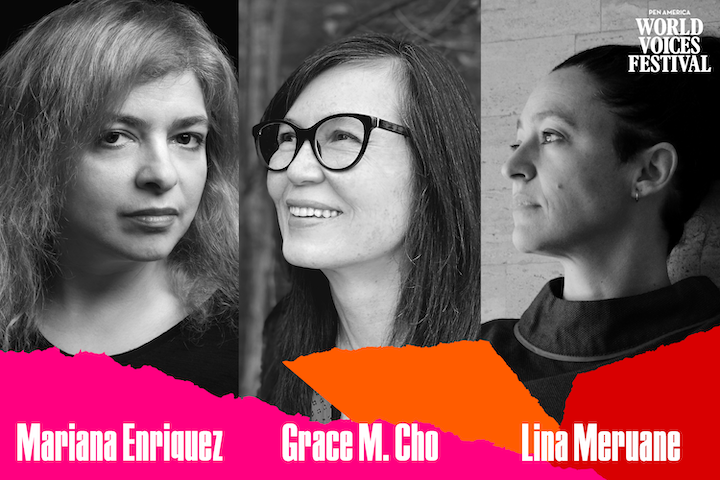 In eras of protest, political unrest, and terror, trauma does not cease with the end of a march, a regime change, or a peace treaty; it takes root in memory.

Chilean-Palestinian novelist Lina Meruane tells the story of a young astrophysicist who develops a mysterious illness as she digs into her country’s past in Nervous System. In her new short story collection, The Dangers of Smoking in Bed, Mariana Enríquez explores manifestations of psychological and physical distress in the context of post-dictatorship Argentina. Grace M. Cho’s genre-defying nonfiction bridges food memoir and sociological study to make sense of her mother’s schizophrenia as a Korean immigrant in Tastes Like War. Together, these authors explore the complex relationship between history, the act of witnessing, and survival.

This digital event will take place at 12pm ET / 9am PT. If you have any questions, please visit our FAQs.

Grace M. Cho is the author of Tastes Like War and Haunting the Korean Diaspora: Shame, Secrecy and the Forgotten War, which received a 2010 book award from the American Sociological Association. Her writings have appeared in journals such as The New Inquiry, PMS poemmemoirstory, Contexts, Gastronomica, WSQ, Qualitative Inquiry, and Women & Performance. She is an associate professor of sociology and anthropology at the College of Staten Island, The City University of New York.

Mariana Enríquez is a writer and editor based in Buenos Aires, where she contributes to a number of newspapers and literary journals, both fiction and nonfiction. She was longlisted for the 2021 International Booker Prize.

Lina Meruane is the award-winning Chilean author of Nervous System and Seeing Red. She has received grants from the Guggenheim Foundation, National Endowment for the Arts, and was a DAAD Writer in Residence in Berlin. She teaches at New York University.