The People’s History: Writing the Wrongs 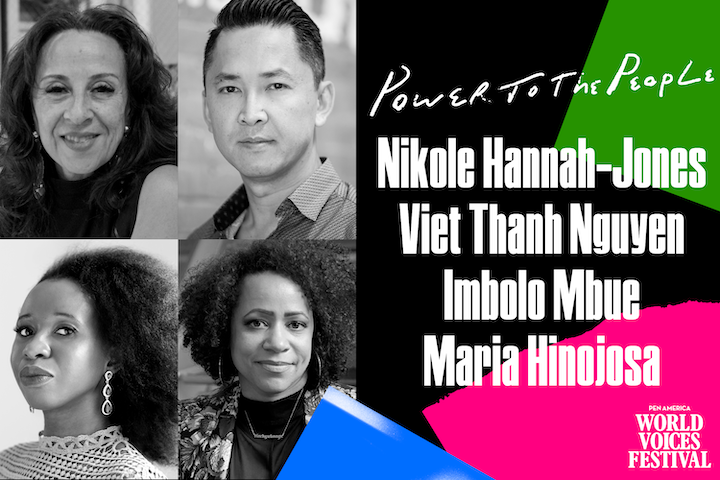 Nearly one year has passed since uprisings across the United States and around the world decried anti-Black violence, including the police murder of George Floyd in Minneapolis, and momentous discussions of police brutality and mass incarceration continued to illuminate the lurking specters of horrific histories. Amid the pandemic, surging anti-Asian hate crimes have led to a swell of activism within, and in support of, AAPI communities—and likewise brought to light the ugly American legacies that have sustained hate across centuries.

In The Committed, the sequel to Viet Thanh Nguyen’s Pulitzer Prize-winning novel The Sympathizer, an exposed Communist spy is catapulted into life as a refugee in Paris, where he grapples with his place within capitalist society—and the country that colonized his native Vietnam. The New York Times staff writer Nikole Hannah-Jones locates the history of transatlantic slavery at the core of United States’ origin story in her groundbreaking, Pulitzer Prize-winning The 1619 Project. The latest from Cameroonian author Imbolo Mbue, How Beautiful We Were, follows an intrepid young woman as she incites a revolution against a U.S. oil company in her small African village.

This digital event will start at 8pm ET / 5pm PT. If you have any questions, please visit our FAQs.

Maria Hinojosa dreamt of a space where she could create independent, multimedia journalism that explores and gives a critical voice to the diverse American experience. She made that dream a reality in 2010 when she created Futuro Media, an independent nonprofit newsroom based in Harlem, New York City with the mission to create multimedia content from a POC perspective. As anchor and executive producer of the Peabody Award-winning show Latino USA, distributed by PRX, and cohost of Futuro Media’s award-winning political podcast “In The Thick,” Hinojosa has informed millions about the changing cultural and political landscape in America and abroad.

Nikole Hannah-Jones is a Pulitzer Prize-winning reporter covering racial injustice for The New York Times Magazine and creator of the landmark “The 1619 Project.” In 2017, she received a MacArthur Fellowship, known as the “genius grant,” for her work on educational inequality. She has also won a Peabody Award, two George Polk Awards, three National Magazine Awards, and the 2018 John Chancellor Award from Columbia University. In 2016, Hannah-Jones co-founded the Ida B. Wells Society for Investigative Reporting, a training and mentorship organization geared toward increasing the number of investigative reporters of color.

Viet Thanh Nguyen’s novel The Sympathizer won the Pulitzer Prize for Fiction and numerous other awards. His most recent publication, The Committed, is the sequel to The Sympathizer. His other books are a short story collection, The Refugees; Nothing Ever Dies: Vietnam and the Memory of War (a finalist for the National Book Award for Nonfiction and the National Book Critics Circle Award in General Nonfiction); and Race and Resistance: Literature and Politics in Asian America. He has also published Chicken of the Sea, a children’s book written in collaboration with his six-year-old son, Ellison. He is a university professor; the Aerol Arnold Chair of English; and a professor of English, American Studies and Ethnicity, and Comparative Literature at the University of Southern California. A recipient of fellowships from the John Simon Guggenheim Foundation and MacArthur Foundation, he is also a contributing opinion writer for The New York Times and the editor of The Displaced: Refugee Writers on Refugee Lives.

Imbolo Mbue is the author of The New York Times bestseller Behold the Dreamers, which won the PEN/Faulkner Award for Fiction and was an Oprah’s Book Club selection. The novel has been translated into 11 languages, adapted into an opera and a stage play, and optioned for a miniseries. Her new novel, How Beautiful We Were, is about what happened when a fictional African village decided to fight against an against American oil company that had been polluting its land for many years. A native of Limbe, Cameroon and a graduate of Rutgers University and Columbia University, Mbue lives in New York.