The Idea of Him with Holly Peterson, Wednesday April 29 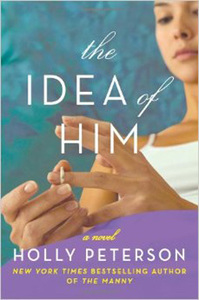 At the home of Hannah Pakula

You are invited to a private dinner with producer, director, and New York Times best-selling author Holly Peterson. The dinner will be hosted by Hannah Pakula on Wednesday, April 29, 2015 at 7:30pm and all contributions will benefit the PEN American Center.

Holly will talk about her latest book,The Idea of Him. “The Idea of Him is a coming-of-age book for grown ups. It’s fast-paced and intriguing, glamorous and real — not only a great, great read but a tutorial in how to be your own best friend.”