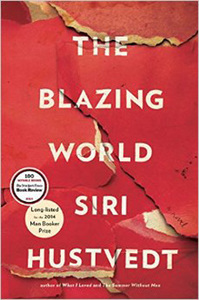 At the home of Margo and Anthony Viscusi

You are invited to a private dinner with novelist, essayist, and poet Siri Hustvedt. The dinner will be hosted by Margo and Anthony Viscusi on Wednesday March 4, 2015 at 7:30pm and all contributions will go to PEN American Center.

Siri will talk about her latest book, The Blazing World. “The absence of women artists in the history of painting is an old feminist topic, but it is one The Blazing World approaches head-on. The novel concerns an embittered painter living in New York at the close of the 20th century, whose belief that she has been the lifelong victim of cultural misogyny becomes so intolerable that she decides to take action by persuading three of her male contemporaries to show her work under their own names.”