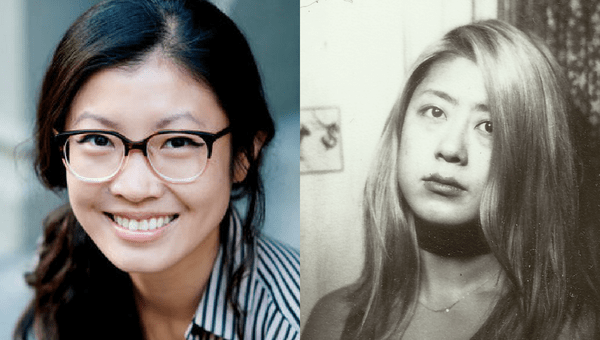 Celebrate the start of summer with readings and a lively conversation from Weike Wang and Jenny Zhang, authors of two of the most celebrated debut novels of 2017. After sharing selections from Chemistry and Sour Heart, the authors will be joined by PEN America’s Nadxieli Nieto to discuss the ways in which their work explores adolescent and second-generation narratives within the setting of Chinese diasporic communities. The evening culminates with a book signing.

Weike Wang is a graduate of Harvard University, where she earned her undergraduate degree in chemistry and her doctorate in public health. Her first novel Chemistry, winner of the PEN/Hemingway Award, tells the coming-of-age story of a quirky Ph.D. candidate in chemistry, as she navigates romantic and professional crossroads.

Jenny Zhang is an American writer and poet based in Brooklyn, New York. Her short story collection Sour Heart, winner of the PEN/Robert W. Bingham Prize for Debut Fiction, conjures the experience of adolescence through the perspectives of Chinese-American girls growing up in New York City.

Nadxieli Nieto is PEN America’s literary awards program director. She is the former managing editor of the award-winning annual NOON, and her writing has appeared in publications including Buzzfeed, Men’s Journal, The New York Tyrant, West Wind Review, Washington Square Review, and elsewhere. She is the co-editor of the Gigantic Books series, which includes Gigantic Worlds (Gigantic, 2016), and Tiny Crimes (forthcoming, Catapult, June 2018). Her collaborative artist books may be found in the permanent collections of the Museum of Modern Art and the Brooklyn Museum of Art. She is on the steering committee for Latinx in Publishing and dedicated to increasing access in the arts.