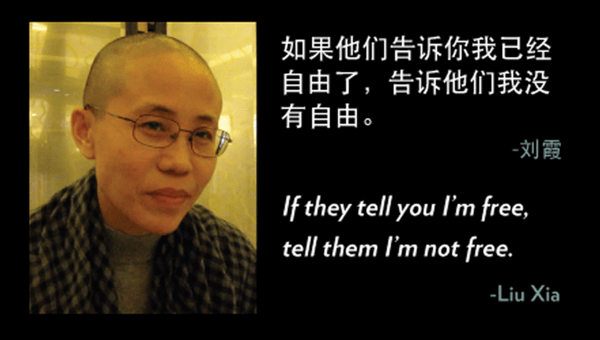 Authors, poets, and translators Nick Flynn, Mona Eltahawy, Jeremy Tiang, and Nuar Alsadir will read selections from the poetry of detained Chinese poet Liu Xia in honor of her work and as a public call for her freedom. Liu Xia, the wife of the late Nobel Peace Prize-winner Liu Xiaobo, has been under strict house arrest since 2010, cut off from her family and the outside world for eight years. At this event, organized by PEN America, writers will continue the call to #FreeLiuXia.

Mona Eltahawy is a feminist writer and public speaker. She is the author of Headscarves and Hymens: Why the Middle East Needs a Sexual Revolution (FSG, 2015). She lives in Cairo and NYC.

Jeremy Tiang is a playwright, translator, and fiction writer. He is the author of State of Emergency and It Never Rains on National Day (shortlisted for the Singapore Literature Prize). He has also translated more than 10 books from Chinese, including novels by Zhang Yueran, Chan Ho-Kei, and Yeng Pway Ngon, and is the recipient of a PEN/Heim Translation Fund Grant and an NEA Literary Translation Fellowship.

Nuar Alsadir is a poet, essayist and psychoanalyst. She is the author of the poetry collections Fourth Person Singular (Liverpool University Press, 2017), a finalist for the 2017 National Book Critics Circle Award for Poetry and shortlisted for the 2017 Forward Prize for Best Collection in England and Ireland; and More Shadow Than Bird (Salt Publishing, 2012). Alsadir is a fellow at The New York Institute for the Humanities and works as a psychotherapist and psychoanalyst in private practice in New York.

She is Still Not Free: Writers Read Liu Xia’s Poetry and Call for Her Freedom