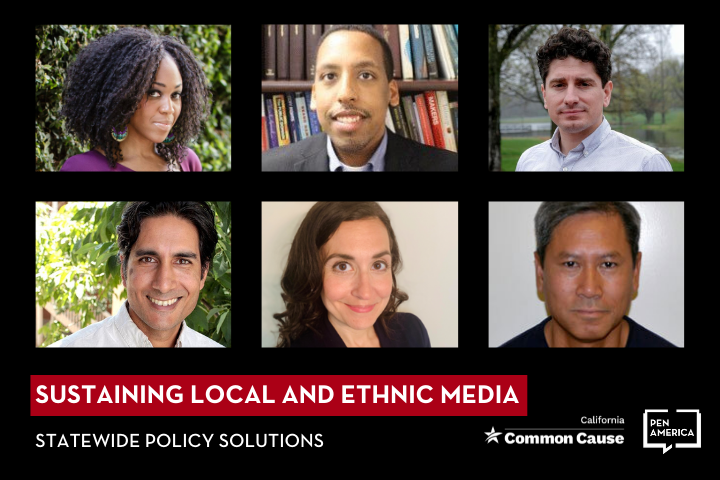 California has lost a quarter of its newspapers and half its newsroom staff in the last 15 years, with news deserts emerging around the state. The loss of local and ethnic media outlets has left a void—a void that has quickly filled with online disinformation targeting and exploiting California’s communities. Without accurate, independent news and information at the local level, communities cannot hold local governments accountable and our democracy cannot thrive.

In collaboration with the California Media & Democracy Working Group, California Common Cause and PEN America invite you to join this timely conversation about the state of California media policy and the priorities, strategies, and statewide models that could help rebuild and sustain a robust news information ecosystem in California.

This panel conversation was available in English and Spanish.

At Ethnic Media Services, Julian Do focuses on digital media and business development. Besides being in the media sector for over 15 years in the US, he also had another 15 years of working experience in semiconductor manufacturing, fund management, and community development in the Asia Pacific.

Yosef Getachew serves as the Media & Democracy Program Director. Prior to joining Common Cause, Yosef served as a Policy Fellow at Public Knowledge where he’s worked on a variety of technology and communications issues. His work has focused on broadband privacy, broadband access and affordability, and other consumer issues.

Mike Rispoli focuses on winning public policies to transform local news and create equitable access to information that promotes civic participation and thriving communities. He joined Free Press in 2015 to help launch the News Voices program and lead the Civic Info Bill campaign, which led to the creation of the New Jersey Civic Information Consortium, a first-of-its-kind nonprofit that invests public funding to strengthen local news coverage. Before joining Free Press, Mike worked for the human-rights organization Privacy International and Access and was a journalist for the Newark Star-Ledger and Gannett New Jersey Newspapers.

Rashad Mahmood is an expert storyteller with 9+ years of experience in journalism, grant writing, public relations, mediation and program management. He works to support local journalism in New Mexico as the Co-Director for the New Mexico Local News Fund. Before coming to New Mexico he worked in international development in Washington DC, Egypt and Iraq. He also worked for two years as a business journalist in Egypt. After moving to Albuquerque, he worked as the Program Outreach Coordinator for Generation Justice, and in December 2014 joined KUNM 89.9 FM as the Program Coordinator for the Public Health New Mexico project.

Nadine Farid Johnson serves as PEN America’s Washington director. An attorney and advocate with a focus in democracy, human rights, and governance, she has a breadth of experience across the public, private, and nonprofit sectors. Most recently, she served as executive director of the ACLU of Kansas, where she led the expansion of the affiliate’s advocacy, reach, and impact. She is a former United States diplomat whose work spanned the Middle East, Africa, Europe, and multilateral affairs. Prior to entering public service, she was a professor of constitutional, international, and intellectual property law at Gonzaga University and a Climenko Fellow and Lecturer on Law at Harvard Law School.

Ashanti Blaize-Hopkins is a full-time journalism professor at Santa Monica College (SMC) and an Emmy Award-winning journalist, producer, and public relations expert. She has worked as a TV news anchor, reporter, and producer in television markets in Florida, Texas, and Nevada. Before coming to SMC as an associate professor, she was the assistant director of student media at Loyola Marymount University (LMU), also having taught journalism courses at LMU, UCLA Extension, USC Annenberg, and Richland College. Blaize-Hopkins has been a member of the SPJ/LA Board since 2017, and she currently serves as the board’s vice president and chair of the Distinguished Journalists Awards Committee. 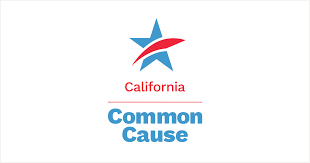 This program is made possible in part by the generous support of the Hollywood Foreign Press Association.