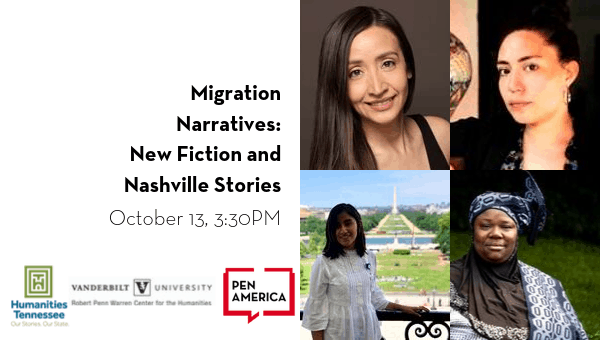 Melissa Rivero was born in Lima, Peru, and raised in Brooklyn. Undocumented for most of her childhood, Rivero became a U.S. citizen in her early twenties. Her writing has taken her to the VONA/Voices Workshops, Bread Loaf, and the Norman Mailer Writers Colony. In 2015, Melissa was an Emerging Writers Fellow at the Center for Fiction. She is a graduate of NYU and Brooklyn Law School, and currently works on the legal team of a startup. She still lives in Brooklyn, with her husband, two sons, and their rescue dog.

Keitlyn Alcantara is an Anthropology Doctoral Candidate at Vanderbilt University. As an anthropological bioarchaeologist, she studies the ways ancient bodies were shaped by social, political and economic structures. Her current project focuses on how food traditions can be sites of community care and resistance. While her research focuses on an ancient Mexican population that resisted the Aztec Empire, she has used what she learned about ancient community foodways to form the public scholarship program Sazón Nashville, a series of cooking workshops with middle school-aged Latinx immigrant communities in Nashville.

Berenice Oliva is a student at Trevecca Nazerene University, studying social work. She has served as an intern in the office of Congressman Jim Cooper, and is an Oasis Board of Directors Youth Representative.

Zulfat Suara is the first Muslim elected to the Metro Nashville City Council. Suara is a Certified Public Accountant and works as the Assistant Controller at Meharry Medical College. She emigrated from Nigeria in 1993 and moved to Nashville in 1998 after her husband was accepted to a fellowship program at Vanderbilt.

PEN America at the Southern Festival of Books