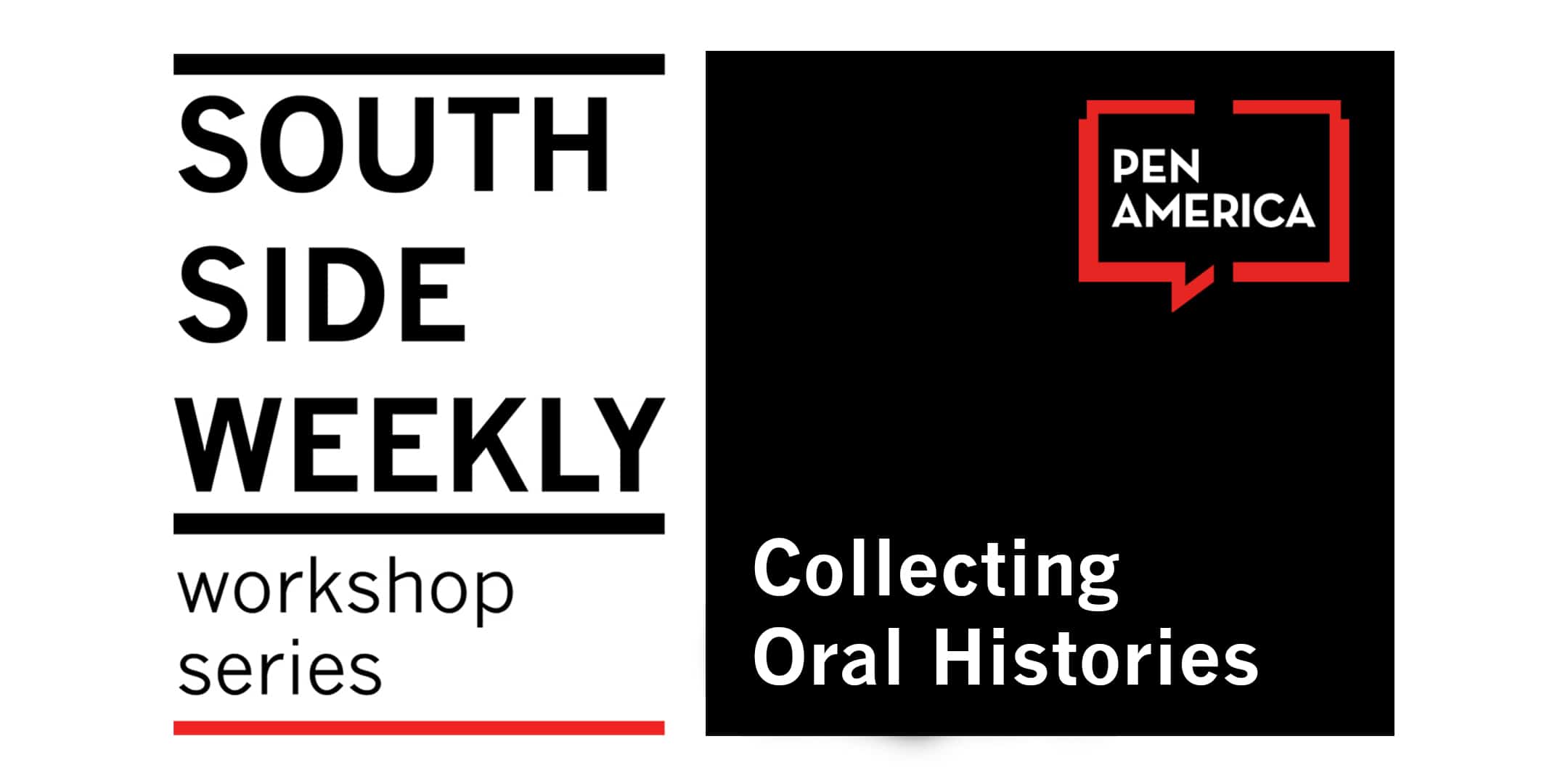 PEN America is partnering with the South Side Weekly on a series of eight hands-on workshops for different journalism skills. Learn the best practices in oral history gathering, including how to conduct oral history interviews around sensitive topics.

Miles Harvey is the editor of How Long Will I Cry?: Voices of Youth Violence, a collection of oral histories that is now in its sixth printing with more than 40,000 copies in distribution. He wrote a play, also called How Long Will I Cry?, which premiered at Steppenwolf Theatre in 2013. Harvey’s previous work includes The Island of Lost Maps: A True Story of Cartographic Crime (Random House), a national and international best-seller that USA Today named one of the ten best books of 2000; and Painter in a Savage Land: The Strange Saga of the First European Artist in North America (Random House), which received a 2008 Editors’ Choice honor from Booklist and a best-books citation from The Chicago Tribune. The recipient of a 2007-2008 Knight-Wallace journalism fellowship at the University of Michigan, he currently teaches creative writing at DePaul University, where he is a founding editor of Big Shoulders Books.