[VIRTUAL] Slay the Dragon: A Conversation with Katie Fahey 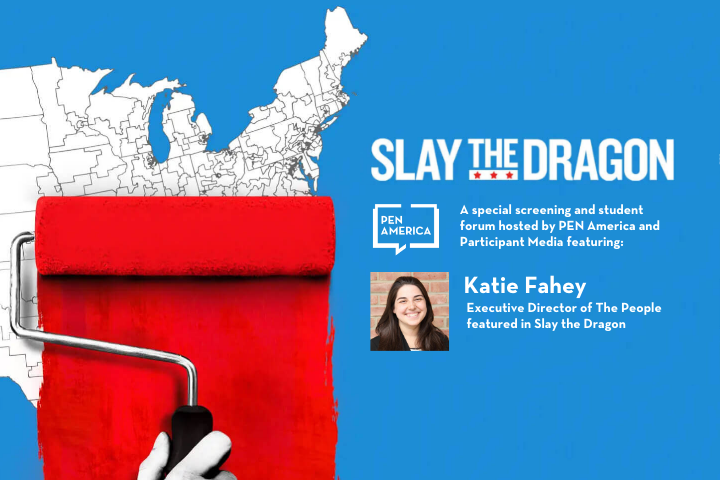 Gerrymandering and voter suppression are alarming threats to American democracy. Nobody knows this better than voting rights activist Katie Fahey, who successfully led a grassroots movement in Michigan to end political gerrymandering in the state. In 2011, Michigan lawmakers launched a secretive, high-tech initiative to rig the redistricting process in their favor, carving up communities to best suit their reelection bids and party majority. Slay the Dragon, a new documentary produced by Participant Media, follows Fahey and her team as they organize and fight to end gerrymandering and restore the rights of everyday citizens.

Katie Fahey served as founder and executive director of Voters Not Politicians, a grassroots, nonpartisan campaign that ran a successful effort to end gerrymandering in Michigan by amending the State Constitution in 2018 with 61 percent of the vote. Responding to extreme divisiveness in politics following the 2016 election, Fahey posted on Facebook asking if anyone would like to take on gerrymandering in Michigan and, almost by accident, sparked a political movement. The campaign mobilized over 10,000 volunteers to collect more than 425,000 petition signatures from 83 counties in the state without spending a dime—a feat unheard of in Michigan political history. Now, Fahey is the executive director of The People, a nascent nonprofit organization committed to sharing the lessons learned in Michigan with voters across the ideological spectrum in all 50 states, bridging political divides and supporting nonpartisan good governance reforms nationwide. The People gathers and empowers everyday Americans to find common ground and take action together to create a more responsive government of, by, and for the people.