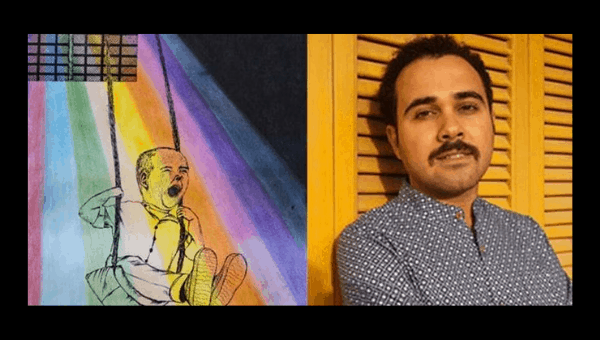 How do prisoners kill time in prison? Why do kids become fanatic terrorists in Egyptian jails? What books can and can’t you read in prison? How do you hide your written novel inside one’s body? Don’t you agree that Dostoevsky is a funny writer? What is the difference between books that the British embassy gives to its people and books the American embassy gives?

Join us for a discussion exploring all of these questions and more, with Egyptian novelist and journalist Ahmed Naji. Naji, recipient of the 2016 PEN/Barbey Freedom To Write Award, was sentenced to two years in prison when a literary magazine published a chapter of his novel. Come hear about how and why he continued to write in prison, and his new novel, which features illustrations by Yassin Mohamed.

This event is presented is a collaboration between apexart and PEN America’s Artists at Risk Connection (ARC).

Ahmed Naji, writer and official criminal, worked for years as a journalist. He published his first novel, Rogers, in 2007 and his second, Using Life, in 2014. In 2016, Naji was sentenced for two years for obscenity and disturbing public morality in Egypt after a chapter from his novel was published in a weekly literature magazine. Currently, he is a fellow in BMI at the University of Nevada in Las Vegas, where he lives with his family.