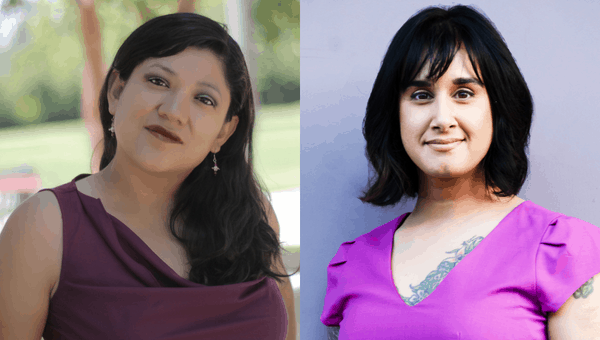 is an award-winning novelist and memoirist. A 2003 Emerging Voices Fellow, she has received an American Book Award, the El Premio Aztlán Literary Award, and the International Latino Book Award. In 2012, she was a finalist for the prestigious National Book Critics Circle Awards, and in 2015 she was honored with a Luis Leal Award for Distinction in Chicano/Latino Literature. Her works have been published internationally in Norway, South Korea, and Mexico. Her novels, Across a Hundred Mountains (Atria, 2006) and Dancing with Butterflies (Washington Square Press, 2009) were published to critical acclaim. In her best-selling memoir, The Distance Between Us (Atria, 2012), Reyna writes about her life before and after illegally immigrating from Mexico to the United States. Her new memoir A Dream Called Home, the much-anticipated sequel to The Distance Between Us, will be released in October 2018 by Atria Books, a division of Simon & Schuster.

is a writer living in Oakland, California, who calls Albuquerque, New Mexico, her hometown, and Peshawar, Pakistan, her homeland. Kirin is an alum of VONA, Las Dos Brujas, and the Tin House Writers Workshop, a 2017 PEN Emerging Voices Fellow, and a 2018 Steinbeck Fellow. Her work has appeared or is forthcoming in The Margins, Your Impossible Voice, 7×7.LA, The Adroit Journal, and Foglifter among others. Kirin is working on her first novel.

From the week: PEN America’s 2022 Longlists Include International Poetry, Prose in Translation | @Porter_Anderson https://bit.ly/3f6tGIS @PENamerica | The 2022 PEN America Literary Awards will confer a total of more than US$350,000 in prize winnings.