Act I: A Global Refugee Crisis
An unprecedented 65.5 million people are currently displaced around the globe, fleeing war, persecution, climate change, and famine. One of them is Behrouz Boochani, a poet and journalist from Iran, who has been detained by the Australian government for more than four years on the remote Manus Island. Australian performance poet and author Maxine Beneba Clarke read from A Letter from Manus Island: A Refugee Resistance Manifesto by Behrouz Boochani.

Act II: The Underground Railroad: Yesterday and Today
In one of the most celebrated books of the past year, Colson Whitehead reimagined the metaphorical Underground Railroad—one of America’s most potent examples of resistance. He talked to Annette Gordon-Reed, author of the Pulitzer Prize-winning The Hemingses of Monticello: An American Family, about the creative imagination required to find the historical truth, and how the legacy of slavery reverberates throughout our history, from Jim Crow laws to the resurgence of white supremacy.

Act III: Reimagining Our Worlds Through Immigration and Literature
The Perfect Nanny, Leila Slimani’s brilliantly unsettling novel about a nanny who murdered the two young children under her charge, ignited passionate debate in France for its subversive examination of motherhood, race, and social inequality. The first Moroccan-born woman to win the Prix Goncourt and now President Emmanuel Macron’s ambassador for Francophone affairs talked to The New Yorker’s Adam Gopnik about her work and a life remade through immigration and literature. 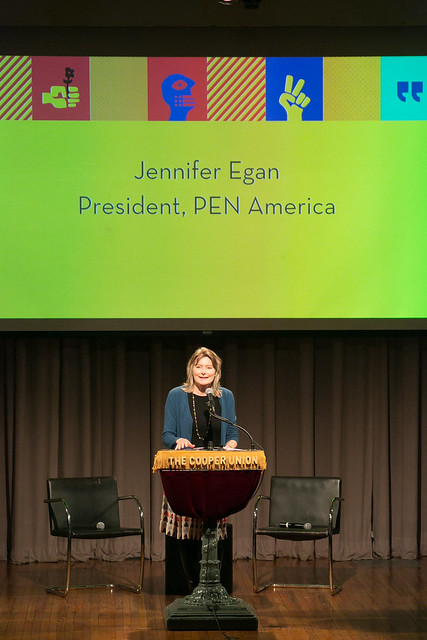