Remembering Reinaldo Arenas and a Vigil for Detained Artists in Cuba 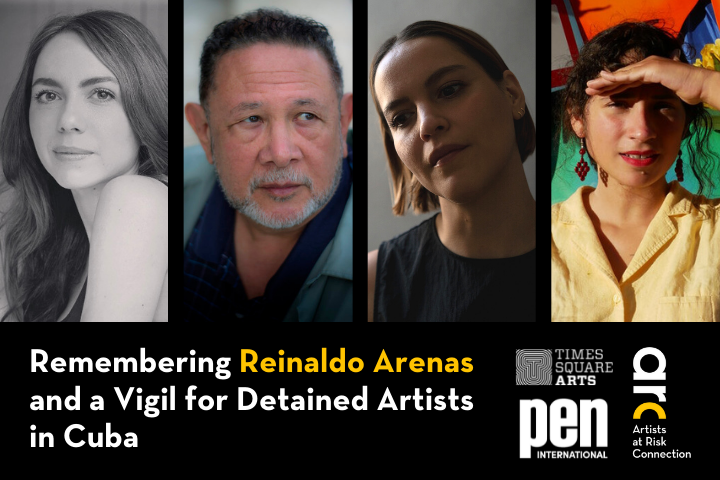 Join us with PEN International and the Times Square Arts for an outdoor evening of poetry to celebrate Cuban artist Raúl Cordero’s public art installation titled THE POEM, and the poetry community in New York City.

THE POEM is a large-scale sculptural tower featuring illuminated text inside a landscaped space of sanctuary. THE POEM is both inspired by and dedicated to fellow Cuban and poet Reinaldo Arenas, who was forced into exile by the Cuban government.

The evening will feature short readings from poets Jaime Manrique, Eloisa Amezcua, Melissa Lozada-Oliva, and Maya Pope. There will be a vigil following the ceremony in solidarity with artists targeted by political persecution amidst the ongoing crackdown on creative expression by the Cuban government. 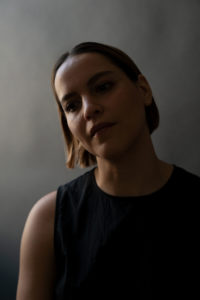 Eloisa Amezcua is from Arizona. She is the author of From the Inside Quietly (2018). A MacDowell fellow, her poems and translations are published in New York Times Magazine, Poetry Magazine, Kenyon Review, Gulf Coast, the Academy of American Poets Poem-a-Day series, and elsewhere. Her second collection of poems, Fighting Is Like a Wife, is forthcoming from Coffee House Press in April 2022. 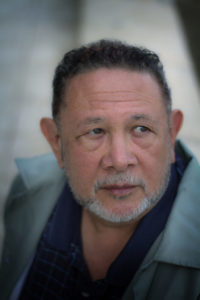 Jaime Manrique was born in Barranquilla, Colombia, in 1949. He began writing poetry in his teens, and at age 17, he moved to Florida with his mother and sister. He received a BA from the University of South Florida in 1972. In 1975, Manrique was awarded Colombia’s “Eduardo Cote Lamus” National Poetry Award for his debut poetry collection, Los adoradores de la luna (Instituto de Cultura y Bellas Artes, 1977). He is the author of several books of poetry, including El libro de los muertos: poemas selectos 1973–2015 (Artepoética Press, 2016), Tarzan, My Body, Christopher Columbus (Painted Leaf Press, 2001), and My Night with/Mi noche con Federico García Lorca (Painted Leaf Press, 1997).

Manrique has also published several novels, including Our Lives Are the Rivers (HarperCollins, 2007), winner of the 2007 International Latino Book Award in historical fiction, as well as the essay collection Eminent Maricones: Arenas, Lorca, Puig, and Me (University of Wisconsin Press, 2002). With Joan Larkin, he translated Sor Juana’s Love Poems/Poemas de amor (University of Wisconsin Press, 2003) into English. He currently teaches at the City College of New York and lives in New York City. 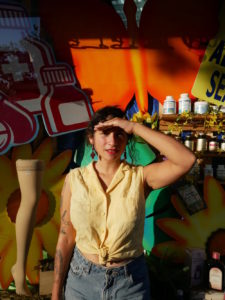 Melissa Lozada-Oliva is a Guatelombian (Guatemalan-Colombian) American poet and screenwriter living in Brooklyn by way of Massachusetts.  Her book, peluda (Button Poetry 2017), explores the intersections of Latina identity, feminism, hair removal & what it means to belong. Her novel-in-verse Dreaming of You is about bringing Selena back to life through a seance & the disastrous consequences that follow & it’s coming out October 2021 on Astra House. She is the co-host of podcast “Say More” with Olivia Gatwood Who Is a Massive Bitch where they dissect the world through a poetic lens. She is currently working on a pilot about a haunted book store. Her work has been featured or is forthcoming in REMEZCLA, PAPER, The Guardian, BreakBeat Poets, Kenyon Review, Vulture, Bustle, Glamour Magazine, The Huffington Post, Muzzle Magazine, The Adroit Journal, and BBC Mundo. 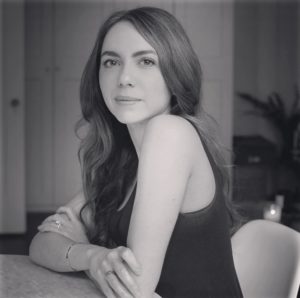 Maya C. Popa is the author of American Faith (Sarabande Books 2019), recipient of the 2020 North American Book Prize, and Wound is the Origin of Wonder, forthcoming from W.W. Norton in 2022. She is the Poetry Editor of Publishers Weekly and teaches at NYU and elsewhere. She is a PhD candidate at Goldsmiths, University of London writing on the role of wonder in poetry.