Reading for Justice: Confronting Mass Incarceration in the South 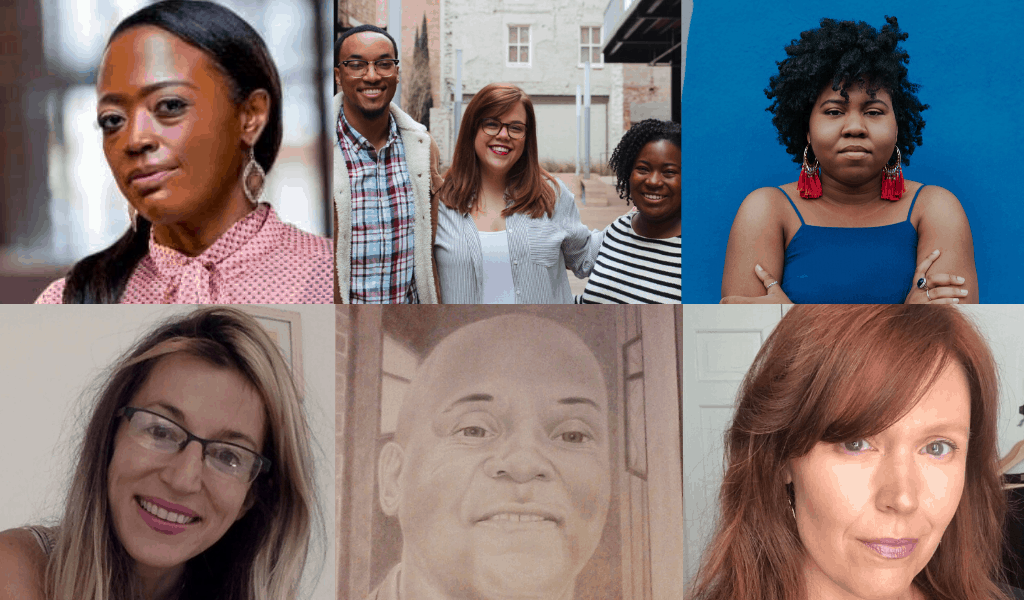 This event is presented in partnership with Burdock Book Collective.

Founded in 1971, the PEN Prison Writing Program believes in the restorative, rehabilitative, and transformative possibilities of writing. We provide hundreds of imprisoned writers with free writing resources, skilled mentors, and audiences for their work. Our program supports free expression, and encourages the use of the written word as a legitimate form of power. We strive towards an increasingly integrative approach, aiming to amplify the voices and writing of imprisoned people to expand beyond the silo of prison, and identity of prisoner.

PEN America’s Writing for Justice Fellowship commissions writers—emerging or established—to create written works of lasting merit that illuminate critical issues related to mass incarceration and catalyze public debate. The Fellowship aims to harness the power of writers and writing in bearing witness to the societal consequences of mass incarceration by capturing and sharing the stories of incarcerated individuals, their families, communities, and the wider impact of the criminal justice system.

The story of Foreword South began as so often collective action does—a conversation that lead to a calling. The trio behind the storytelling—a social worker, a policy analyst, and a communications strategist—only recently were thrust into the realities of doing “the work” in the trenches of Alabama’s capital city, yet our experiences here were far from new. As two native Alabamians and a transplant from Georgia, Dillon, Megan, and Ashley grew up fully aware of their birthplace’s deeply troubling history and the tensions that persisted even to this day. Over time, however, what they came to learn more about were the fighters—the unsung heroes whose stories were only freckled throughout our historical texts. Through their platform, Foreword South uses the age-old tradition of storytelling to profile Southern visionaries, activists, designers, artists, and change-makers. Their aim is to paint a new picture of the Southern identity. Each “foreword,” simply an introduction but never the full story, maintains one unifying theme: progress in the face of adversity. These are real southern stories of real southern people. This is Foreword South.

Salaam Green, M.S. is an award winning poet and author, 2019 Inaugural Village Award winner, the 2016 Poet Laureate for Innovation and Entrepreneurship, a current Re-imagining Justice Fellow/co-facilitator, and a TEDx speaker Birmingham alum, social entrepreneur, and daughter of Alabama’s Black Belt. As owner and founder of Literary Healing Arts and Red Couch Writers, she can be found helping others write to heal on red couches across the city. She is the 2018 New Economy Coalition Climate Solutions Fellow and an advocate for environmental and restorative justice in rural Alabama. A healing justice writer and storyteller, her work has appeared in The Birmingham Times, Scalawag, Bust, Feminist Review, Black Youth Project, Elephant Journal, Southern Women’s Review, AL.com, Birmingham Arts Journal and more.

Ashley M. Jones is the author of Magic City Gospel (Hub City Press, 2017) and dark / / thing (Pleiades Press, 2019). Her work has been published or is forthcoming at CNN, The Oxford American, The Mississippi Review, Tupelo Quarterly, and The Academy of American Poets among many others. She has received fellowships from the Rona Jaffe Foundation and the Alabama State Council on the Arts, and she is the founding director of the Magic City Poetry Festival. She teaches creative writing at the Alabama School of Fine Arts in Birmingham, Alabama.

Ronald Charles McKeithen is a Birmingham native currently serving a life without parole sentence at the William E. Donaldson Correctional Facility in Jefferson County, Alabama. Mr. McKeithen is an artist and writer. His current interest in visual arts includes drawing and painting. A collection of his drawings was selected by the Jefferson County Memorial Project to be sold at the Birmingham Museum of Art as greeting cards. Mr. McKeithen, who has been in prison 36 years, is hopeful that this year Alabama’s legislature will grant relief to him and others serving life without parole under the state’s habitual offender law.

Beth Shelburne is a journalist and writer based in Birmingham. She has done extensive investigative reporting on Alabama’s prison system and was named a 2018-2019 Writing for Justice Fellow with PEN America. Beth earned a master’s degree in creative writing at UAB in 2018 and has a bachelor’s degree in mass communication and journalism from Auburn University. She spent 20 years working as a television news reporter and anchor, most recently at WBRC in Birmingham. Beth currently serves as an investigative reporter for the Campaign for Smart Justice with ACLU of Alabama.

Alina Stefanescu was born in Romania and lives in Birmingham, Alabama, with her partner and several mammals. Her debut fiction collection, Every Mask I Tried On, won the Brighthorse Prize and was published in May 2018. Her writing can be found in diverse journals, including Prairie Schooner, North American Review, FLOCK, Southern Humanities Review, Crab Creek Review, Up the Staircase Quarterly, Virga, Whale Road Review, and others. She serves as poetry editor for Pidgeonholes, co-director of PEN America’s Birmingham Chapter, co-founder of 100,000 Poets for Change Birmingham, and proud board member of Magic City Poetry Festival. Her essay, “The Girl Who Loses Green Things,” was a finalist for the 2019 Frank McCourt Prize. A finalist for the 2019 Kurt Brown AWP Prize, Alina won the 2019 River Heron Poetry Prize. She still can’t believe any of this. More online at www.alinastefanescuwriter.com.