A Reading and Conversation with Rivka Galchen and Claire Messud 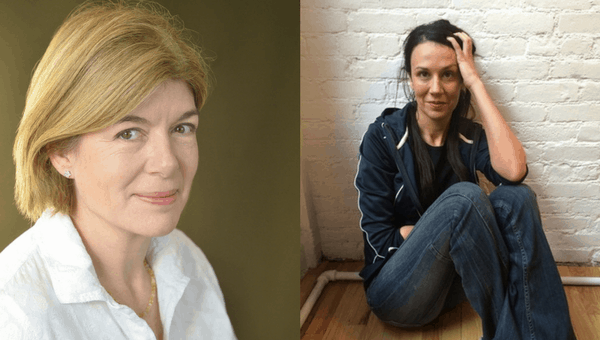 Join PEN America for this featured event presented as part of the 2018 AWP Conference with two of the finest novelists of our time, Rivka Galchen and Claire Messud. The event will include readings from the two authors, followed by a conversation on wide-ranging themes including the depiction of complex female characters and women’s inner lives and identities in American literature, motherhood, and the intersections of women’s work and home lives.

Rivka Galchen is an award winning fiction writer and journalist, whose work appears often in The New Yorker, Harper’s, The London Review of Books, and The New York Times. She is the author of three books: Atmospheric Disturbances (Novel, FSG, 2008), American Innovations (Short Stories, FSG 2014), and Little Labors (Essays, New Directions, 2016). She has received numerous prizes and fellowships, including a Guggenheim Fellowship, a Rona Jaffe Fellowship, The Berlin Prize, and The William J Saroyan International Prize in Fiction. In 2010, she was named to The New Yorker’s list of 20 Writers Under 40. Galchen also holds an MD from Mount Sinai School of Medicine.

Claire Messud’s five novels include The Emperor’s Children, a New York Times Book of the Year in 2006; The Woman Upstairs (2013); and, most recently, The Burning Girl (2017). She is also the author of a book of novellas, The Hunters (2001). Twice a finalist for the PEN/Faulkner Award a recipient of the Strauss Living Award from the American Academy of Arts & Letters, and of fellowships from the Guggenheim Foundation, the Radcliffe Institute, and the Wissenschaftskolleg zu Berlin, she teaches creative writing at Harvard University. She is a frequent contributor to the New York Review of Books and the New York Times Book Review, and lives in Cambridge, MA, with her family.

Click here for a full listing of PEN America’s 2018 AWP Conference and Bookfair events, and be sure to stop by Booth #1212 at the bookfair for discounted merchandise and to chat with our staff about the work PEN America does.

PEN America at the 2018 AWP Conference and Bookfair