A Reading and Conversation with Sheila Heti and Sigrid Nunez 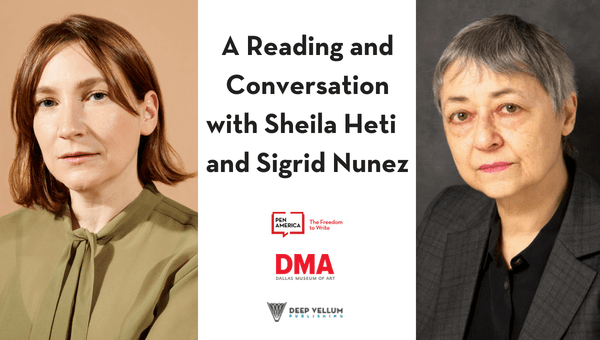 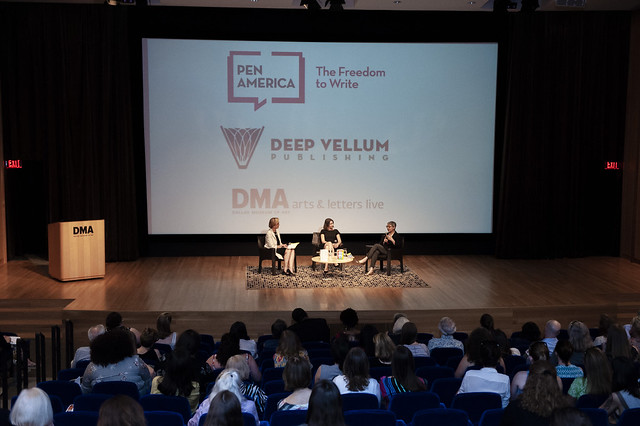 In Sheila Heti’s latest book, Motherhood, the New York Times bestselling author asks what is gained and what is lost when a woman becomes a mother, treating the most consequential decision of early adulthood with the candor, originality, and humor that have won her international acclaim. Award-winning author Sigrid Nunez’s new novel The Friend is a New York Times Book Review Editor’s Choice and tells the story of a woman who unexpectedly loses her lifelong best friend and mentor, and finds herself burdened with the unwanted dog he has left behind. It is a moving story of love, friendship, grief, healing, and the magical bond between a woman and her dog. The authors will read brief excerpts from their latest work and then engage in conversation, moderated by Roslyn Dawson Thompson, President and CEO of Dallas Women’s Foundation.

Sigrid Nunez has published seven novels, including A Feather on the Breath of God, The Last of Her Kind, Salvation City, and, most recently, The Friend. She is also the author of Sempre Susan: A Memoir of Susan Sontag. Among the journals to which she has contributed are The New York Times, The Wall Street Journal, The Paris Review, Threepenny Review, Harper’s, McSweeney’s, Tin House, and The Believer. Her work has also appeared in several anthologies, including four Pushcart Prize volumes and four anthologies of Asian-American literature. Sigrid’s honors and awards include a Whiting Writer’s Award, a Berlin Prize Fellowship, and two awards from the American Academy of Arts and Letters: the Rosenthal Foundation Award and the Rome Prize in Literature. She has taught at Columbia, Princeton, Boston University, and the New School, and has been a visiting writer or writer in residence at Amherst, Smith, Baruch, Vassar, and the University of California, Irvine, among others. She lives in New York City.

Sheila Heti is the author of seven books, including the 2012 novel, How Should a Person Be? whichwas a New York Times Notable Book and was called by Time magazine “one of the most talked-about books of the year.” She is co-editor of the New York Times bestseller Women in Clothes, which features the voices of 639 women from around the world. Her books have been translated into a dozen languages. She will be publishing a new book, called Motherhood, in May 2018. She is the former Interviews Editor of The Believer magazine, and has conducted many long-form, print interviews with writers and artists. Her writing has been published in The New Yorker, McSweeney’s, n+1, Harper’s, The New York Times and The London Review of Books. She has lectured at MoMA, The New Yorker Festival, Columbia University, Brown University, the Hammer Museum, the Cúirt Festival, the Sydney Writers Festival, and elsewhere. Her play, All Our Happy Days are Stupid, had a sold-out run at The Kitchen in New York, and Videofag in Toronto. She appeared as Lenore Doolan in Leanne Shapton’s book Important Artifacts; she is currently writing its film adaptation for Plan B.

Roslyn Dawson Thompson is the President and CEO of the Dallas Women’s Foundation, and Vice Chair of the board of the Women’s Funding Network, the organization representing the 165 women’s funds worldwide. Dallas Women’s Foundation is a trusted leader in advancing social and economic change for women and girls through research, advocacy, grant making and empowering women’s philanthropy. The Foundation unlocks resources to improve women’s economic security, education and quality of life, to give voice to issues affecting women and girls, and to cultivate women leaders for the future.