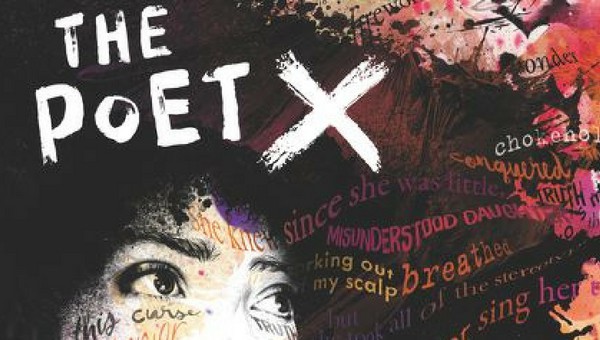 For this month of Read the Resistance, an online book club that highlights written works of and about resistance, we asked David Tomas Martinez, author of Hustle, to recommend a book that exemplifies resistance to him. His pick? The Poet X by Elizabeth Acevedo. Join Martinez for a discussion with Saraciea J. Fennell about the book on July 31 via Facebook Live.

David Tomas Martinez writes: I chose Elizabeth Acevedo’s The Poet X. This book is billed as YA and a novel, which it is, but reads most acutely as poetry. Particularly considering the current political situation, and illegal detainment of children, I believe texts such as Acevedo’s are critical to developing a more nuanced and compassionate view of Latinx peoples. Though I tire of needing to reiterate such an obvious sentiment, the time demands such deliberateness, in my opinion.

Elizabeth Acevedo is the New York Times best-selling author of the award-winning novel, The Poet X. She holds a BA in Performing Arts from The George Washington University and an MFA in Creative Writing from the University of Maryland. She has graced stages nationally and internationally including renowned venues such as The Lincoln Center, Madison Square Garden, the Kennedy Center of the Performing Arts, South Africa’s State Theatre, The Bozar in Brussels, and the National Library of Kosovo. Acevedo is a National Slam Champion and her poems have been published or are forthcoming in Poetry, Puerto Del Sol, Callaloo, The Notre Dame Review, and others. Acevedo is a Cave Canem Fellow, CantoMundo Fellow, and participant of the Callaloo Writer’s Workshop. She resides in Washington, D.C., with her partner.

Photo by Portraits at Afropunk

Saraciea J. Fennell is the founder of The Bronx is Reading—Bronx Book Festival. She is also a book publicist who has worked with many award-winning and New York Times best-selling authors like Daniel José Older, Tui T. Sutherland, Peter Sís, Jennifer A. Nielsen, Chris Colfer, Deborah Wiles, Javaka Steptoe, and many more. She is passionate about books and devours anything sci-fi/fantasy-related in books, TV, and movies. Fennell sits on the steering committee for Latinx in Publishing as well as People of Color in Publishing. You can find her somewhere in NYC boxing or practicing yoga in the next up and coming studio. The Bronx Times has listed her as one of 25 Influential Women of 2018. Currently, she is pursuing an MFA at Lesley University and has studied under David Elliott, Jason Reynolds, A.J. Verdelle, and Tracey Baptiste. She splits her time between the Bronx and Brooklyn, but will always rep the Bronx. Visit TheBronxisReading.com for more on Saraciea or follow her online @sj_fennell and @thebxisreading.