Read the Resistance, September 2018: Hope in the Dark 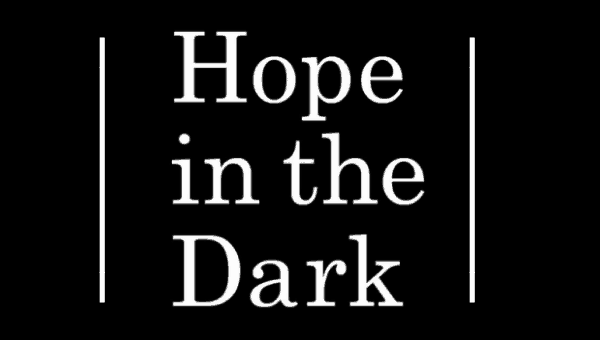 For this month of Read the Resistance, an online book club that highlights written works of and about resistance, we asked Sunil Yapa, author of Your Heart is a Muscle the Size of a Fist, to recommend a book that exemplifies resistance to him. His pick? Hope in the Dark by Rebecca Solnit. Join Yapa in conversation with Lauren LeBlanc for a discussion about the book on September 25 via Facebook Live.

Sunil Yapa writes: I chose Rebecca Solnit’s Hope in the Dark, originally published in 2004, and rereleased in an updated second edition in 2016, because it is a book I find myself returning to these days as if I am poisoned and this book, these words, are my antidote. In its stories of resistance near and far, I find antidote to the daily dose of despair bombarding me from my feeds, from my most beloved friends, from my own heart every time I turn on the television. But I must warn you: Solnit does not comfort. She does not tell us everything is going to be alright. If she did there would be no antidote there. Just a reassurance as false as the prophecies of doom echoing from all corners. What she does do is remind us that the future is not as inevitable as the pundits, and even our most despairing cynical friends would have us believe. The wall is riddled with cracks, and there are openings for the creative, the courageous, the clever, and maybe the crazy to slip through. Hope, Solnit reminds us, is not an emotion—it’s a way of engaging with the world, of embracing uncertainty and the tremendous opportunity there. As she writes in her foreword to the new edition, “It is the belief that what we do matters even though how and when it may matter, who and what it may impact, are not things we can know beforehand. We may not, in fact, know them afterward either, but they matter all the same . . . ”

Hope in the Dark is now, and always, a necessary book—a necessary way in which to view the world. Not because it simply makes me feel better, although it does, but because in her stories of resistance from all over the globe, I am reminded, if we did it once—won justice for the victimized, compassion for the marginalized, power for the supposedly powerless, freed the wrongly imprisoned, toppled dictators, stopped fascism in its tracks, increased legal recognition of the human rights for the diversity that encompasses the word “us”—then we can do it again.

A finalist for the 2017 PEN/Faulkner award, Sunil Yapa’s debut novel, Your Heart is a Muscle the Size of a Fist, was named one of the best books of 2016 by Amazon, Time Magazine, The Washington Post, Bustle, and others. Set during one day of the 1999 Seattle WTO protests, the novel was described as “fast-paced and unflinching” by The New Yorker, “a genuine tour-de-force” by The Seattle Times, and “protest poetry, pure and simple” by MacLeans. Yapa has been a frequent guest on NPR, appearing on Morning Edition, as well as public radio in San Francisco, Seattle, New York, and Australia. He also appeared on NBC as a guest on Late Night with Seth Meyers. The winner of the 2010 Asian American short story award, Yapa’s fiction and nonfiction have appeared in American Short Fiction, Guernica, O Magazine, Poets & Writers, The Margins, Hyphen, Slice, LitHub, and others. He has lived around the world including growing up in Thailand, the Netherlands, and Pennsylvania, and as an adult, living in Greece, Guatemala, Costa Rica, China, India, Chile, Argentina, as well as London, Montreal, and New York City. He currently lives in Montreal, and teaches in the MFA program at Sierra Nevada College. He recently released an album of music as part of a collaboration with the poet Brian Turner. The album, 11 11 (Me, Smiling), is available on Apple Music, iTunes, Spotify, Amazon, and others.

Lauren LeBlanc, an independent book editor and critic based in Brooklyn, is also a senior editor at Guernica. She has been published in the New York Observer, Bomb, Nylon, Lenny Letter, and the Minneapolis Star-Tribune, among others. Find her on twitter at @lequincampe.