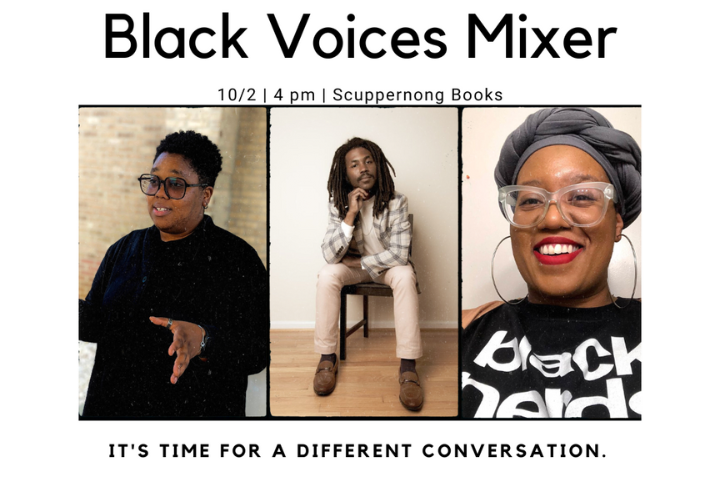 Black Voices Mixer was a community conversation on the changing landscape of the NC literary and arts communities. This is the inaugural event of PEN Write Now — yearlong programming of PEN NC Piedmont: a series of community events and conversations on building “collective belonging” in the literary and arts community. The series hopes to identify new opportunities for literary-cultural creatives and acknowledges that technology and social media make it possible for writers to create work that extends beyond the page.

Black Voices Mixer featured three emerging writers and artists in an honest, intimate conversation about opportunities, barriers, and possibilities of an inclusive and equitable literary community. The larger community is invited to attend and participate in what is hoped will be a “town hall” discussion that centers on Black voices and experiences.

PEN Write Now is supported by N.C. Arts Council, a Division of the Department of Natural and Cultural Resources. Triad Health Project is a proud PENWriteNow community partner. 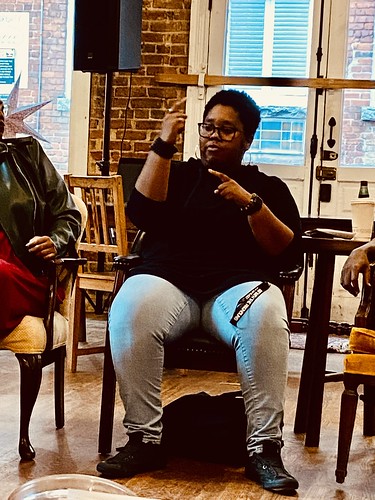 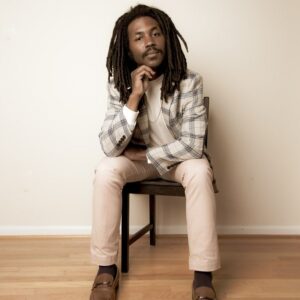 Johnny Lee Chapman, III is a multi-disciplinary artist from Fuquay-Varina, North Carolina. Chapman started writing as a “Tumblr poet” during his first year at the University of North Carolina at Chapel Hill. In 2014, after graduating with a B.S. in Dental Hygiene, he leaped from page to the stage, beginning his career as a spoken word artist. Since then, he has performed regionally and nationally and is an active voice within his Carolina community. Over the years, his professional range of activities have grown to include spoken word and movement performances, acting and directing, workshop facilitation, event hosting, and artist mentorship. Chapman also utilizes the mediums of film and photography to convey emotion without explanation under the moniker The Golden Moment. Chapman embraces the title of storyteller. The one in charge of relaying information by inspiring the imagination of his audience. He is a genre-bending visionary, providing novel perspectives for all who grant his art a moment of their time. Offstage, he can be found cleaning the teeth of his community as a Registered Dental Hygienist, traveling the backroads of NC with his camera and guitars, or on the athletic field with a soccer ball and running shoes. 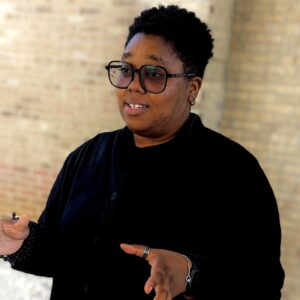 Ashley Lumpkin is a Georgia-raised, Carolina-based writer, editor, actor, and educator. She is the author of five poetry collections: At First Sight, Second Glance, Terrorism and Other Topics for Tea, #AshleyLumpkin, and Genesis. Her book I Hate You All Equally, is a collection of conversations from her years as a classroom teacher. A lover of performance as well as the written word, she has been a competing member of the Bull City Slam Team since 2015 and currently serves as its coach. She is one-fifth (and only Slytherin member) of the Big Dreams Collective and currently serves as the Adult Contest Director for the North Carolina Poetry Society.

Above all else, Ashley considers herself a teacher, poet, and fryer of food. She is a lover of mathematics and language. She loves you too. 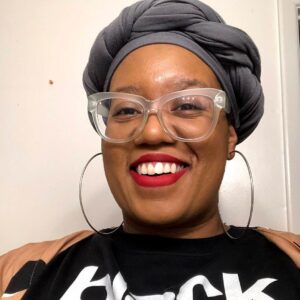 Krystal Smith is a poet and speculative fiction writer. Her poems have appeared in Entropy Magazine, Serendipity, Kissing Dynamite, and Sinister Wisdom. Her collection Two Moons: Stories was a 2019 Lambda Literary Award Finalist. Her poetry collection, This is Not About Love (BLF Press, 2021), explores the complexities of human emotion and relationships via memory, experience, and imagination. Follow Krystal @authorkasmith (Twitter)