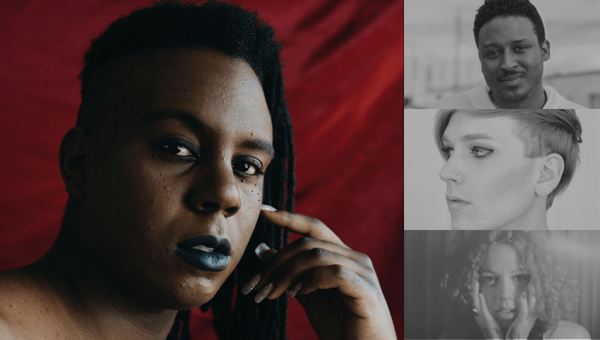 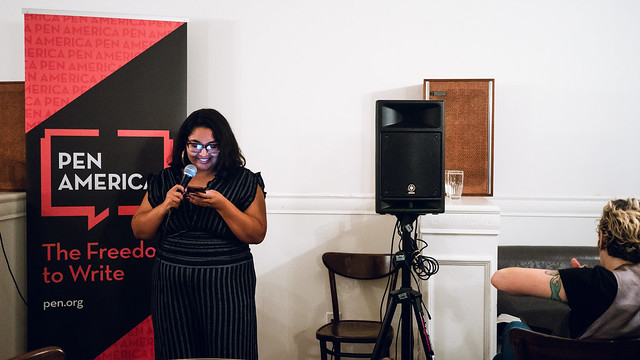 is a Los Angeles based poet and educator primarily focused on the joy and empowerment of queer people of color. He is one of the hosts of Da Poetry Lounge, the largest open mic venue in the country, and the author of A Study of Hands (Not A Cult Press, 2017), available through most major book retailers.

is a poet, translator, editor, and author of feeld (Milkweed Editions, 2018), a winner of the 2017 National Poetry Series, and Safe Space (Ahsahta Press, 2016). Charles has an MFA from the University of Arizona and is pursuing a Ph.D. in English at UC Irvine. She currently resides in Long Beach, CA.

is a blxk trans femme from Los Angeles—now based on the internet. They are a literary and performance artist. Their work has appeared/will appear in Broadly, The Establishment, Entropy, LitHub, BOAAT Press, Duende, and Poetry Foundation, among others. They’re the Workshops Director for Winter Tangerine, editor of A Portrait in Blues (Platypus Press, 2017), author of Mannish Tongues (Platypus Press, 2017), and The Black Condition ft. Narcissus (Nightboat Books, 2019). They’ve been a Pushcart Prize nominee, co-editor of Bettering American Poetry. Their work has been featured in Teen Vogue and Entropy. They are also a volunteer gender-terrorist and artificial intellectual. Find them talking trash online or taking a selfie.

Karina Vahitova is a post-Soviet queer poet and movement artist from Kiev, Ukraine. She believes everything is political and has lost her mind once or twice because of this. She was a Lambda Literary 2017 Fellow in poetry and writes lyrical theory about the Soviet Union, queerness, totalitarianism, and occasionally the violence of the alphabets. She lives in Los Angeles.