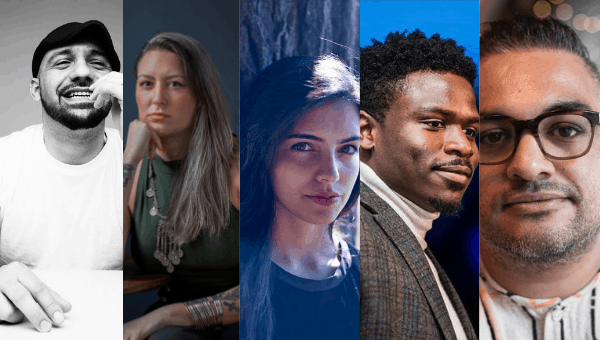 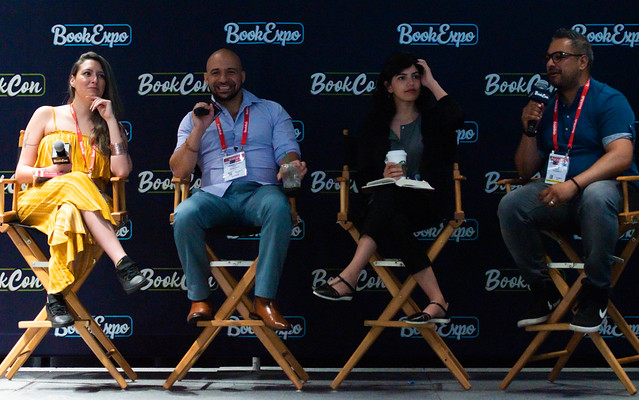 PEN America partners with BookCon to present a panel discussion with the editors and contributors to The Good Immigrant, an anthology devoted to amplifying the voices of first and second-generation immigrants, and an intimate look at the narratives that are essential to the American experience today. With editors Nikesh Shukla and Chimene Suleyman, and contributors Jim St. Germain, Daniel José Older, and Fatima Farheen Mirza.

Chimene Suleyman is the co-editor of The Good Immigrant USA (Dialogue, 2019). She is a contributing writer to the original The Good Immigrant (Unbound, 2016). She has written for The Guardian, Independent, IBTimes, The Quietus, Debrief, to name a few. She has appeared on BBC Newsnight, Sky News, BBC Today Programme, and LBC.

Daniel José Older is the award-winning author of both YA and adult books. His most recent book is Dactyl Hill Squad (Scholastic, 2018). The second book in the series, Dactyl Hill Squad Book 2: Freedom Fire, will be published by Scholastic in May 2019. The Book of Lost Saints (Macmillan), Older’s evocative multigenerational Cuban-American family story of revolution, loss, and family bonds will be published in November 2019. He lives, writes, and composes music in New Orleans.

Fatima Farheen Mirza was born and raised in California and now lives in Brooklyn. She is a graduate of the Iowa Writers’ Workshop and a recipient of the Michener-Copernicus Fellowship. She teaches at NYU and through National Book Up Foundations’ Book Up program. A Place for Us is her first novel.

Nikesh Shukla is the author of three novels. Most recently, he authored the critically acclaimed The One Who Wrote Destiny (2018). His debut novel, Coconut Unlimited, was shortlisted for the Costa First Novel Award 2010. His second novel Meatspace was released to critical acclaim in 2014. Nikesh has written for The Guardian, Observer, Independent, Esquire, Buzzfeed, Vice, and BBC2, LitHub, Guernica, and BBC Radio 4.

PEN America at BookExpo and BookCon 2019