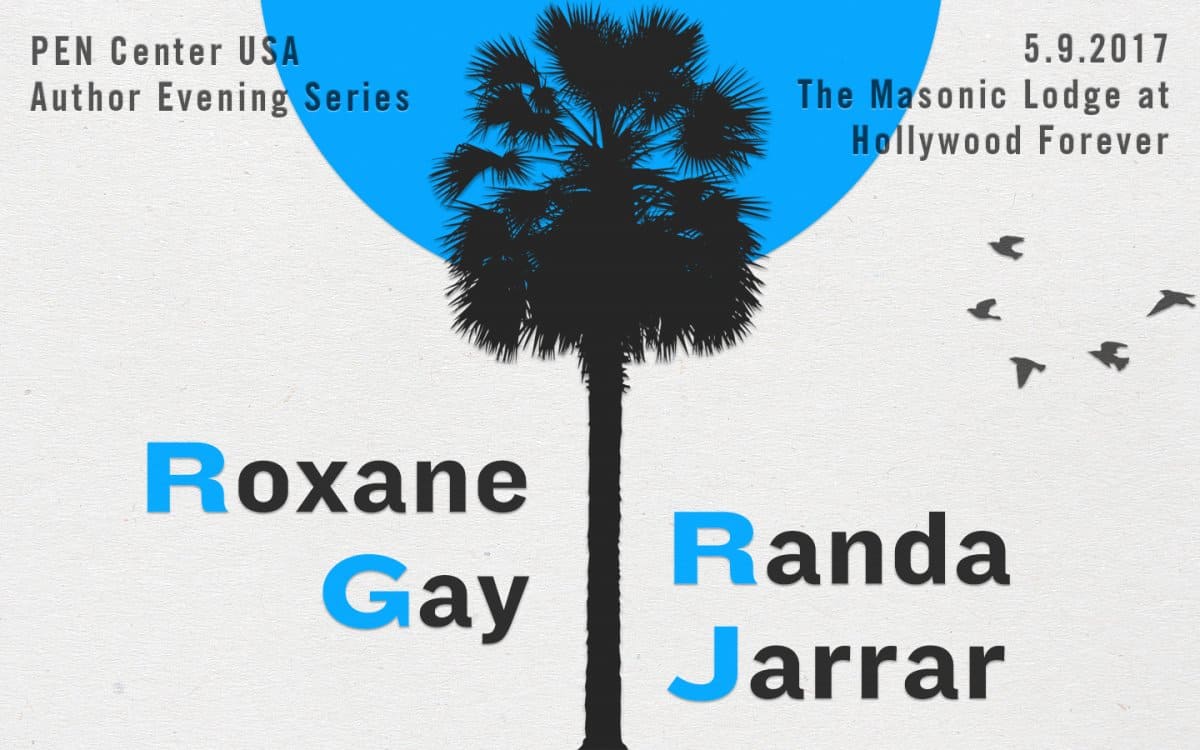 After the Event You’re Invited:
Membership Month Kick Off Party

PEN Presents celebrates the power of words to inform, entertain, inspire, and foster a vital literary culture. This evening’s event will feature a conversation with Roxane Gay and Randa Jarrar, followed by a signing.

Roxane Gay’s writing appears in Best American Mystery Stories 2014, Best American Short Stories 2012, Best Sex Writing 2012, A Public Space, McSweeney’s, Tin House,Oxford American, American Short Fiction, Virginia Quarterly Review, and many others. She is a contributing opinion writer for The New York Times. She is the author of the books Ayiti, An Untamed State, the New York Times bestselling Bad Feminist, andDifficult Women and Hunger forthcoming in 2017. She is also the author of World of Wakanda for Marvel.

Randa Jarrar’s work has appeared in The New York Times Magazine, The Utne Reader, Salon.com, Guernica, The Rumpus, The Oxford American, Ploughshares, The Sun, and others. Her first book, the Arab-American coming of age novel, A Map of Home, is now on many college syllabi. Her new book, Him, Me, Muhammad Ali, was named one of the Most Anticipated Books of 2016 by The Millions, and one of Electric Literature‘s 25 best collections of the year. She runs RAWI (the Radius of Arab-American Writers) and loves coordinating events and strengthening communities.